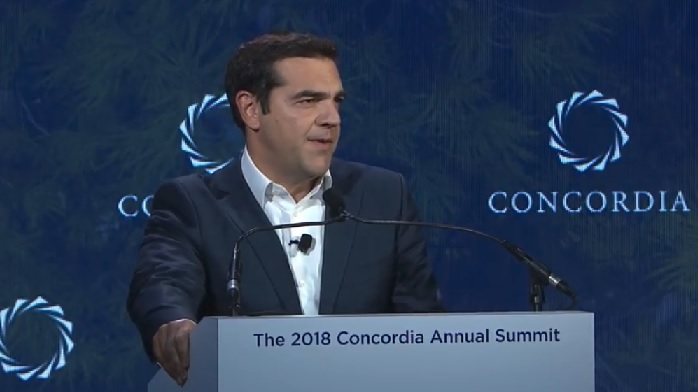 Greek Prime Minister Alexis Tsipras renewed his invitation to the U.S. investment community to invest in his country on Monday during his message to the 20th Annual Capital Link “Invest in Greece Forum” held in New York.

The Forum, organized in cooperation with the New York Stock Exchange and major global investment banks, features government and business leaders from Greece, Europe and the United States, as well as top executives from the investment, financial and business communities.

The Greek premier said via webcast that his country is returning to a period of economic growth, and aims to position itself as an attractive investment and business destination.

“Thanks to a series of deep reform(s) and coordinated action Greece now has a stable and modernized tax system, a business-friendly environment and a more effective public administration,” he told the leaders.

He added that Greece is transitioning into an export-oriented, investment-attractive country which focuses on innovation and high value-added production.

Tsipras claimed that an investor “can now initiate a new company in Greece in less than an hour, and new law frameworks facilitate strategic investments in a fast-track manner.”

He also defended the Prespa agreement with the Former Yugoslav Republic of Macedonia, saying that “it showed to the world that Greece is a power that promotes consensus and stability, always seeking for new ways of cooperation and mutual growth.”