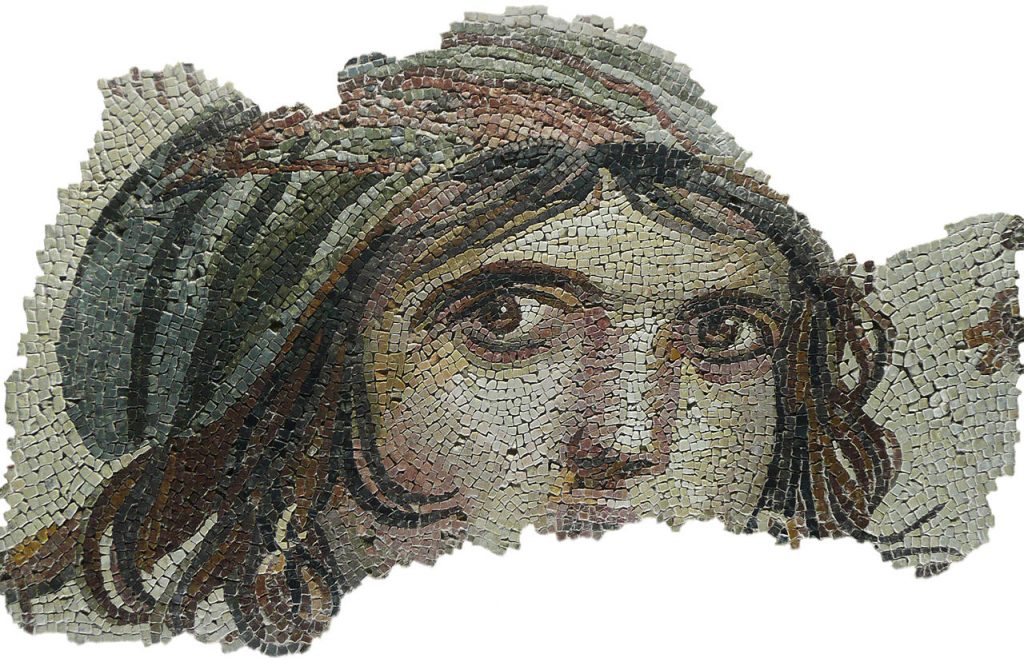 Part of an ancient mosaic known as the “Gypsy Girl” was displayed for the first time at the Gaziantep Museum in Turkey on Saturday after its return from the United States.

The newly-returned fragments of the mosaic were joined with the rest of the mosaic, which dates back almost 2,000 years. The main part of the design portrays a girl with wild hair and an intense look in her eyes.

The “Gypsy Girl” has become an unofficial symbol of the Turkish city, and is currently on exhibit at the Gaziantep Zeugma Mosaic Museum.

The main part of the mosaic was discovered twenty years ago during excavations in the ruins of the Turkish city of Zeugma. The city was founded by a grandson of Alexander the Great but was destroyed in the third century A.D.

It was considered a great archaeological discovery despite the mosaic already having been damaged by plunderers, with several pieces missing.

It has now been proven that the lost pieces of the mosaic had been sold in 1965 by New York antiquities dealer Peter Marks to Ohio’s Bowling Green State University. The mosaic fragments at that time netted Marks the sum of $35,000.

In 2012 the provenance of the mosaic pieces was finally established, and Turkey asked for their return. Negotiations for the return of the fragments lasted five years, but finally the pieces have returned home.

According to Reuters, Gaziantep Mayor Fatma Sahin opened the exhibit, announcing that “The ‘Gypsy Girl’ has reunited with her family.”