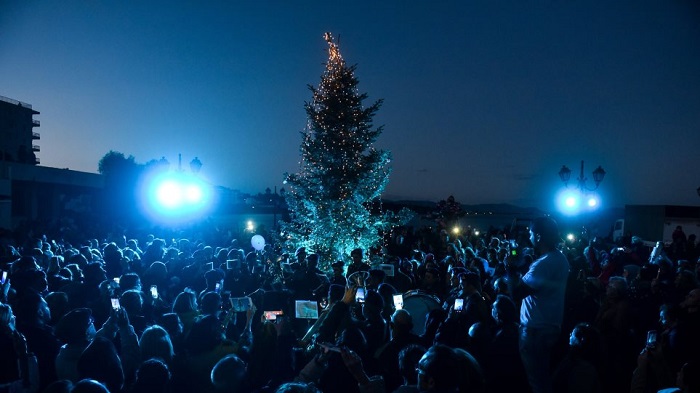 Local residents of the Greek seaside resort of Mati attended a ceremony to illuminate the official town Christmas tree on the evening of Dec. 9.
During any other year the annual Christmas event may have taken place without much fanfare. But it has been almost five months since Greece’s deadliest wildfire in many decades ravaged Mati, bringing the town to its knees.
The survivors are still facing many obstacles as they attempt to rebuild their homes and lives.
Despite their ongoing pain and loss, residents here gathered on Sunday to join together at the the lighting of the town Christmas tree, sending a strong message of hope and determination to move forward.
This past July, ninety-nine people lost their lives when a wildfire swept through Mati, a scenic seaside resort 30 km (25 miles) east of Athens.
Some people were burned alive in their homes and vehicles. An extened family of 26 people were trapped between the cliffs and the fire and perished.
But the town has shown incredible resilience, even placing banner across the facade of a burned-out building this past week, stating that “Mati is Alive”.