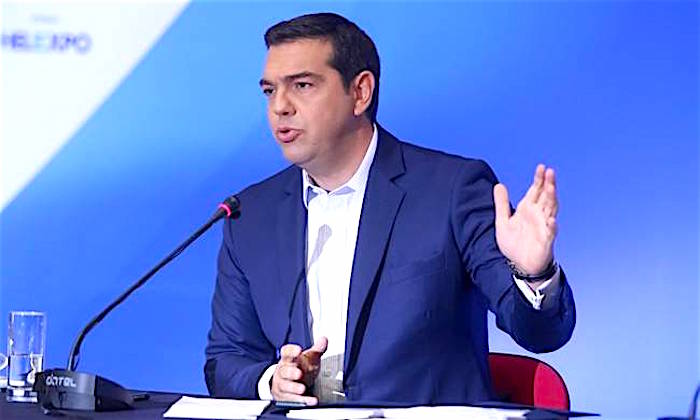 Greek Prime Minister Alexis Tsipras has urged the Italian government to adhere to EU  demands to lower the country’s deficit, according to the Corriere della Sera newspaper.
In a story titled “Tsipras’ advice to Italy: Give in now — later it will be worse,” Federico Fubini writes that Tsipras was rather apologetic to the Italians for not taking their side in their dispute with the EU Commission over Italy’s 2019 budget.
The prime minister was perhaps prompted to make the remarks from a feeling of solidarity with the Italian people, despite the tense situation which has existed between the two countries since the July 2015 financial collapse. At that time, Italy was of little assistance to Greece, refusing to stand with the country in the bailout negotiations with the European Commission, when extremely tough austerity measures were imposed on the nation.
“You should better do today what you will have to do tomorrow,” Tsipras reportedly advised the Italian government. “I cannot do anything because I would be the first to arouse suspicion. If you have a different idea instead, well, good luck,” the Greek prime minister allegedly said, most probably alluding to the near-catastrophe Greece experienced in 2015, which brought the country to the point of bankruptcy and nearly having to exit the euro zone.