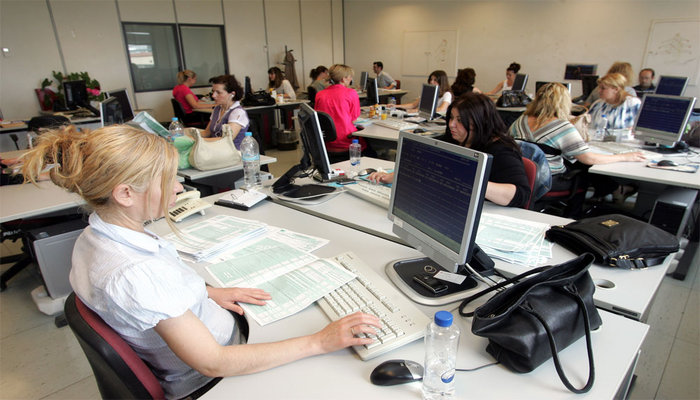 According to the ERGANI database of the Greek Labor Ministry, the wages the Greek State paid to its staff rose by the impressive figure of 16.7 percent from 2014 to 2017. The information was released following a request from the Bank of Greece as part of the ongoing discussions between the country’s social partners in an effort to redefine the minimum wage.
The average wage in the Greek public sector was €1,286.6 ($1,467) in 2014, rising to €1,502 ($1,713) in 2017. At the same time, average wages in the private sector fell by 3 percent.
The database also revealed other startling information, with manufacturing wages hovering 13 percent higher than the national average, while wage earners in the restaurant sector received an astonishing 63 percent less for their work than the average wage nationally.