" A World Without Smoking" Conference Held in Trikala 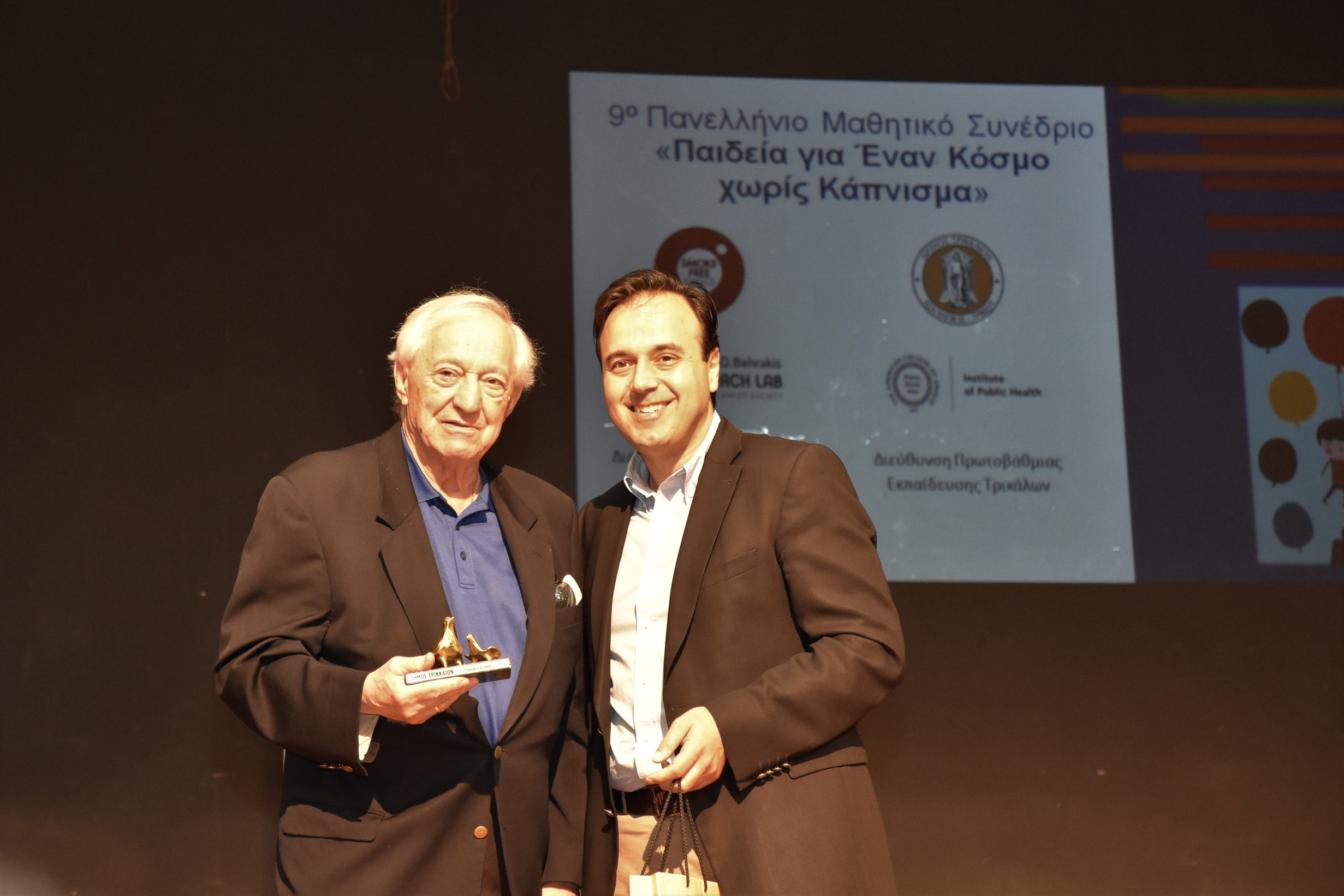 Philanthropist George D. Behrakis (L) and Trikala Mayor Dimitris Papastergiou (R)
The ninth Panhellenic Student Conference, titled “Education for a World Without Smoking”    was held at the Athanasios Trigonis Cultural Center in Trikala recently. The conference is an ongoing project of the SmokefreeGreece initiative, which aims to discourage young people in Greece from smoking.
“You have the power to correct a big mistake that the previous generation bequeathed to you, and that is smoking,” the president of the conference Panagiotis Behrakis told the primary and secondary school students.
The 800 students, from eleven primary and secondary schools in the Trikala area who participated in the conference staged plays, sang songs, and watched educational videos, all based on the concept of living in a smoke-free world. “I want to have a strong body! I want to do what I love to do!” was one of the comments from the children at the Student Conference.
The internationally-renowned researcher George D. Behrakis is the main sponsor of SmokefreeGreece’s activities. Dr. Behrakis comes to the conference every year from Boston, Massachusetts to closely monitor the participation of students in their campaign against smoking. The event was also attended by the Greek Deputy Minister of Education, Research and Religious Affairs Meropi Tzoufi and other education officials.