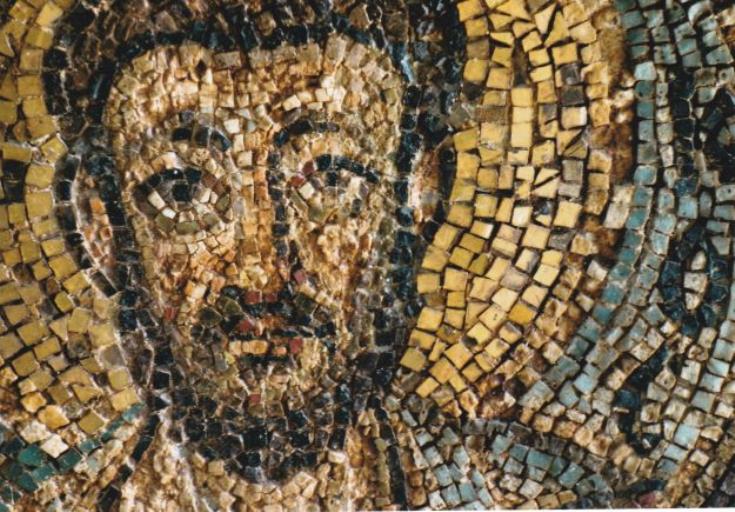 A priceless sixth century mosaic depicting St. Mark which was looted from an Orthodox Christian church in Cyprus after the Turkish invasion in 1974 was returned to the island on Sunday.
According to a Cyprus Mail report, the precious mosaic was handed over to the Cypriot embassy in the Hague by a Dutch detective who is specializes in stolen art, and was then returned to Cyprus by a delegation from the Church of Cyprus and the Antiquities Department.
The mosaic depicting a young St. Mark was one of several which went missing from the Church of Panayia Kanakaria after Cyprus was invaded by Turkish troops in 1974. A mosaic of St. Andrew from the same church was repatriated in April, Cyprus Mail says.
Dutch detective Arthur Brand found the rare artifact after a nearly two-year hunt for it across Europe. Mosaics and other treasures from the church were stolen around the year 1976 and ended up in the hands of art dealers and collectors.
“This is a very special piece that is more than 1,600 years old. It’s one of the last and most beautiful examples of art from the early Byzantine era,” Brand told AFP.
The St. Mark mosaic is among a handful of such works which survived a period of Iconoclasm during the 8th and 9th centuries, which saw many Orthodox icons destroyed by religious fanatics, who considered religious art to be idolatrous.
Twelve major Kanakaria pieces have been returned so far; however, some are yet to be located.