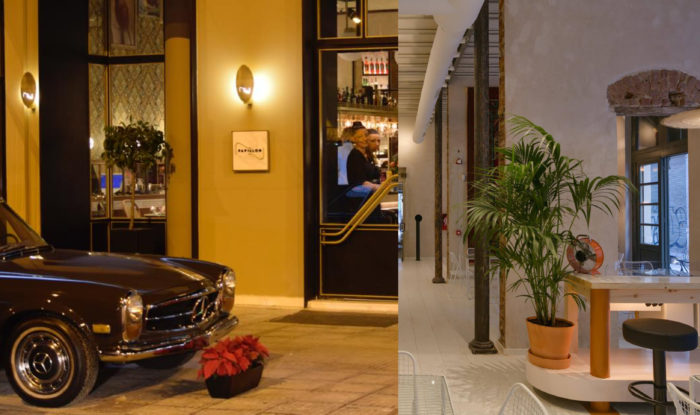 According to a list published by the famous Venue Report travel magazine, two new Greek cafés have made it to the list of ”2018’s Hottest New Café Openings Across the Globe”.
The list featured eighty-five spots around the world, with third place being taken by Thessaloniki‘s Ypsilon café.


As Venue Report says, ”Thessaloniki is a haven for all-day coffee shops, yet the architectural detailing and light-filled setting at Ypsilon make this new Greek café stand out. Opened in August 2017, the café offers coffee, small bites and cocktails in a space that aims to be known as an art space too.”

”Papillon’s beautiful bistro space opened in late December 2017 in Athens. The all-day dining spot is an easy place to land for a coffee, a lavish lunch or an evening pick-me-up”, Venue Report says.

With decorations inspired by the city of Paris, France, Papillon’s atmosphere promises to wow everyone who stops by for a drink.
Papillon is at 242, Kifisias Avenue & Solomou in Psychiko, Athens.
Phone: +30 21 0674 4441