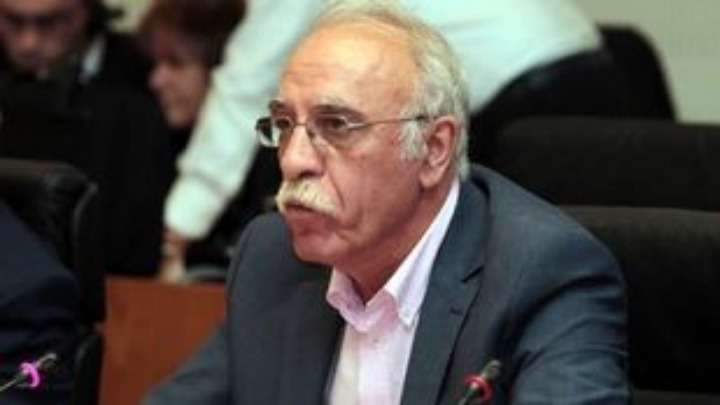 The Greek government aims to transfer 6,000 people from island refugee areas to the mainland by early 2019, Migration Policy Minister Dimitris Vitsas said in a press conference on Thursday.
This must be done, said the minister, in order to improve the living conditions of migrants and refugees, adding that additional medical staff will be sent to the camps, new accommodations will be established for those granted refugee status, and the asylum application process will be speeded up.
Vitsas said that the largest problem in 2018 was the sharp increase in migrant arrivals via Evros in northern Greece, where the actual numbers for refugees was estimated at 16,300. In 2017, the recorded figure for the region was 5,500 refugee arrivals.
According to the data presented by Vitsas, 28,031 people have landed on eastern Aegean islands since the beginning of 2018, while 23,014 people were transferred to the mainland during the same period. A further 290 people were returned to Turkey and 886 voluntarily returned to their countries of origin. Finally, 177 people travelled to Germany for family reunification and four were returned to Greece, in accordance with the agreement between Greece and Germany.
Regarding refugee readmissions to Turkey, Vitsas said that there are ways for asylum seekers to prolong their stay in Greece, even though asylum decisions were up by 30 percent and the serving of these decisions to asylum seekers was up by 50 percent.
The ministry’s goal, Vitsas said, is for asylum applications to have a turnaround of 90 days. The Asylum Service acts within this deadline but there are often delays at the appeal committees, he added.
In 2019, Vitsas continued, a new camp will open on Samos with capacity for 1,200 refugees, while the Vathi camp will be closed.
Finally, by the end of 2018, 24,000 additional accommodation spots will be created on the mainland, while a number of empty government buildings will be repurposed and used to host non-EU nationals.