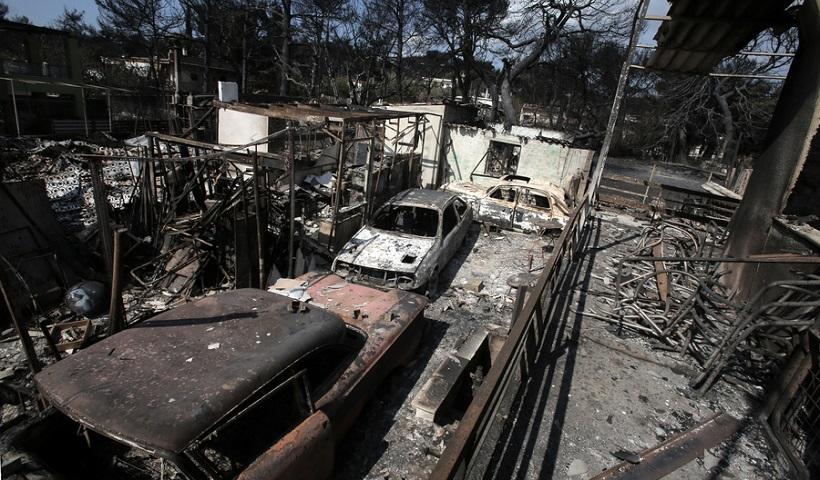 House Speaker Nikos Voutsis announced today that out of the 37.7 million euros collected for emergency aid to the victims of the deadly East Attica fires in July, not one euro has been disbursed four months later.
The issue was discussed in the Greek Parliament on Friday when a vote was held to ratify an act regarding the setup of the special account for the July fire victims. Voutsis, along with Minister of Infrastructure and Transport Christos Spirtzis and Finance Minister Euclid Tsakalotos, have been appointed “treasurers” of the relief account.
Voutsis stated, “The account currently has an amount of 37.7 million euros. Of these … (are) 20 million from OAED to be used for house reconstruction, 10 million from Parliament’s reserve account, and 5 million from the Bank of Greece. The remaining 2,700,000 come from donations”.
“Of the total amount … not one euro has been spent so far,” the House Speaker continued, saying that the competent ministries and State agencies will request the funds for use, and the monies to be donated will then be checked by the Court of Auditors.
Voutsis said only two sums have been approved so far, and both are pending disbursal, adding that one million euros have been approved for asbestos removal from damaged homes. The other million awaiting release is designated for the purchase of special medications for burn victims.