Greek Tennis Prodigy Meets with President of the Republic 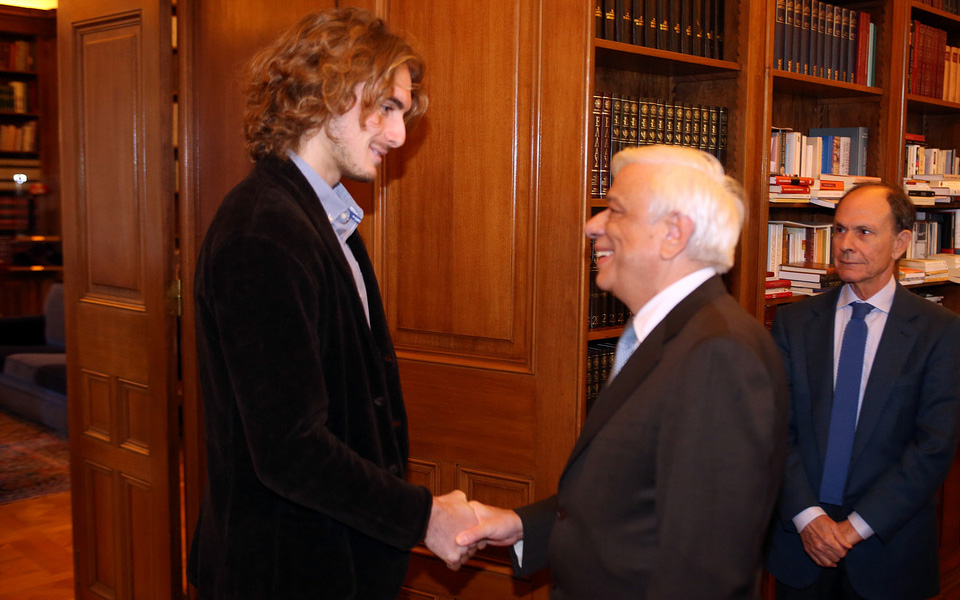 Greek tennis champion Stefanos Tsitsipas visited the presidential mansion as the guest of President of the Republic Prokopis Pavlopoulos on Wednesday and expressed his wish to represent Greece in the 2020 Tokyo Olympics.
The 20-year-old tennis sensation was accompanied by his parents, following his return to Greece after his victory at the ATP’s NextGen masters that was recently held in Milan. Tsitsipas currently ranks 15th in ATP’s world list.
Speaking to the Athens-Macedonian News Agency, Tsitsipas put an end to speculation of whether or not he wanted to compete with the Greek national team. “I want to play for the national team in the Davis Cup because I want to take part in the Olympic Games in Tokyo” he stated, adding “I want to represent my country. I want to go to the Olympic Games, it is one of my goals.”
The Greek president praised the young player for his talent and hard work and thanked him for making Greece proud. “We live in difficult times. However, especially in the field of sport, a generation has emerged that makes us proud,” Pavlopoulos said.
The president also wished the tennis player to stay strong and continue to be on top of the game.