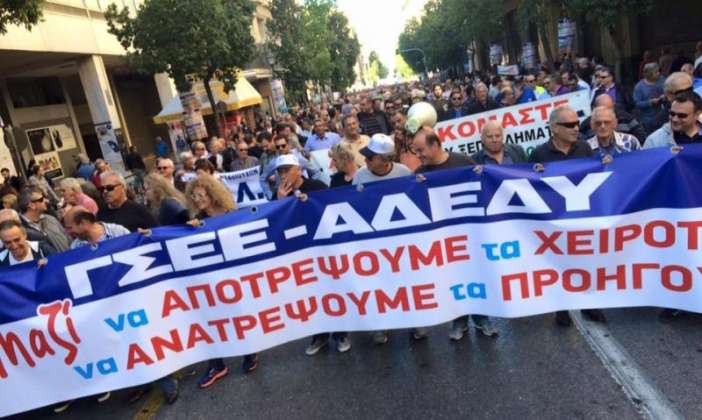 The largest union representing public sector employees in Greece has called for a 24-hour strike on Wednesday.
ADEDY, which represents about half a million public sector workers, is demanding wage and pension increases.
It wants the left-led Syriza government to retract pay and pension cuts and tax increases which were part of three bailout programs that have been put in place 2010.
“Now is the time the government should be forced to change track, (by) abandoning its extreme policies of austerity and satisfy our demands,” ADEDY said in a statement.
Public sector workers have seen their earnings shrink by up to 40 percent cumulatively since Greece first sought a financial lifeline from the European Union and the IMF in 2010.