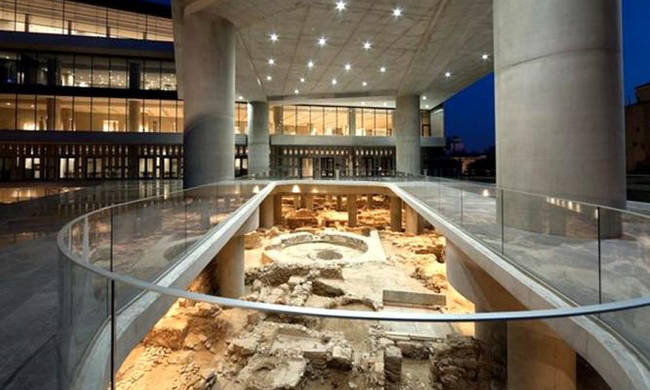 Museums and archaeological sites in Greece have seen a large increase in the number of visitors and revenue during the first seven months of this year, according to ELSTAT figures released on Monday.
The Hellenic Statistical Authority data show a 8.6 percent increase in the number of visitors to Greek museums and a 12.2 percent increase in tickets, compared with the same period in 2017.
At the same time, archaeological sites welcomed 16.2 percent more visitors and saw a 15.8 percent increase in revenues, compared with the same period last year.
The Acropolis Museum is the most visited museum in Greece, attracting a total of 153,223 visitors in 2018, 16.7 percent over last year’s total. The Acropolis is the most visited archaeological site in the country, welcoming 213,205 visitors in the first seven months of 2018.
In July, the Ministry of Culture began issuing “e-tickets” for 11 popular archaeological sites and museums in Attica, Crete and the Peloponnese. E-ticket services are increasingly popular among visitors, enabling them to avoid waiting in long lines.
Figures from the Archaeological Resources Fund show that from July 19 to Aug 5, 2018, e-tickets accounted for € 145,000 in revenue.