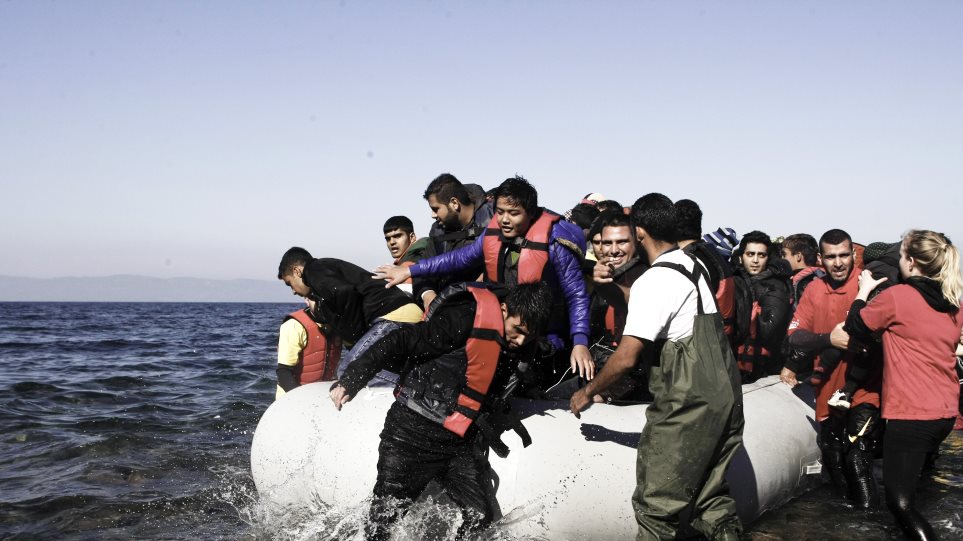 The Hellenic Coast Guard rescued 28 migrants coming from Turkey after their Zodiac-type rubber boat capsized near Farmakonisi.
The crew of the patrol vessel rescued the migrants  under the supervision of the Central Hellenic Coast Guard Research and Rescue Coordination Center, and the migrants were safely transported to the port of Farmakonisi.
An investigation is being carried out by the Port Authority of Leros into the possibility that there were migrant traffickers involved in the operation.
Two dead off Turkey
The Turkish Coast Guard recovered the bodies of two undocumented migrants, rescued a third and is searching for ten more people following the sinking of a smuggling boat off the coast of Izmir on Monday, the Athens-Macedonian News Agency reported.
Two migrants swam to the Turkish coast shortly after 6:00 am and told authorities that 10 people were missing after the boat they were on sank.
According to the Turkish Coast Guard, 15 people had been aboard the vessel, 14 Afghans and 1 Iranian. Of the 10 missing, two are believed to be children.