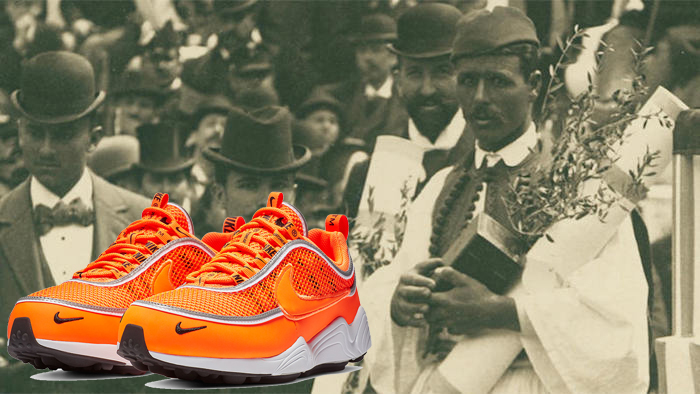 Borrowing the name of the 1896 Athens Olympic Marathon winner Spyridon Louis, Nike recently launched the new version of the “Air Zoom Spiridon” to enshrine the concept of lifelong dedication to running.
The leading sports brand has given the new Spiridon a bright orange color along the mesh and leather of its upper, with contrasting notes of silver and white on the midsole and stitching, while the laces feature brand emblems.
The “Nike Air Zoom Spiridon” was first released in 1997, representing a new emphasis on the company’s lightweight category.
Greece’s national hero Spyridon Louis
Spyridon Louis, who was born in January 1873 and died in March, 1940, is a Greek national hero for winning the Marathon race in the first modern Olympics, which was held in Athens in the summer of 1896.
Louis was born in Athens and he worked as a humble water carrier. After serving in the army, his former commanding officer encouraged him to try out for the Olympics. After progressing through qualifying rounds, he went on to win the inaugural Olympic Marathon, beating 16 competitors.
Watch his riveting story here: