GRNews
GreekReporter.comGreek NewsDiplomacyAlbania's Premier: Greece Can Never Be Our Enemy

Albania's Premier: Greece Can Never Be Our Enemy 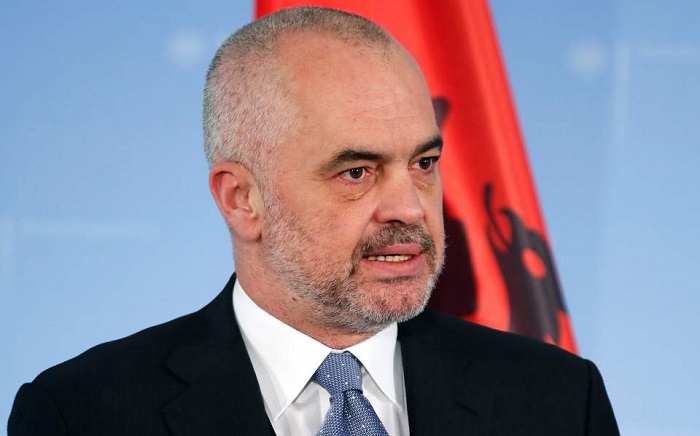 Albania’s Prime Minister Edi Rama launched an attack on Friday against extreme nationalists in both Greece and Albania following the funeral of Konstantinos Katsifas.
Responding to a Facebook post calling on him to intervene to stop the “shameful provocation by the Greeks” who crossed the border, Rama said that Albania “is not going to fight against coffins and funeral provocateurs who came over with the intention to provoke and shame their flag.”
“Patriotism does not mean to hate the other and its language, but to love your country and your language,” he added.
He urged his co-patriots not to use derogatory language against the Greek minority. “They are Albanian citizens”, he said.
He also called on Albanians to stop using bellicose language against Greece, “a nation that has given so much to humanity.”
[Greece] has never been and can never be our enemy. It is a nation that the Albanians found shelter in times of need…Like every other country, it has the misery to have its own share of pigs and donkeys,” Rama said. 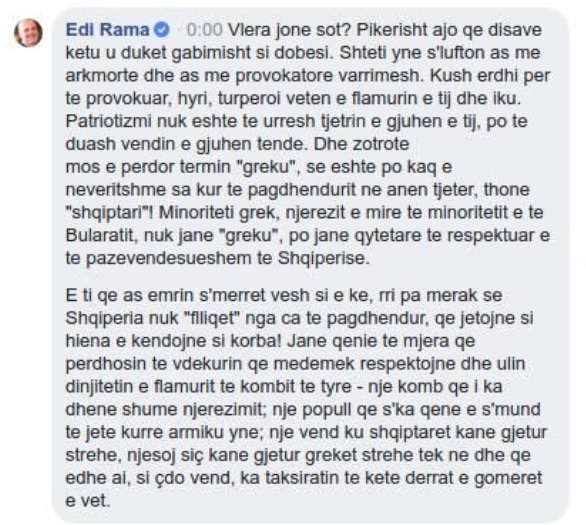 Earlier, the Albanian authorities released 12 Greeks who had been detained before the funeral.
Albanian police said the twelve men were detained to determine whether they had been inciting “racist violence with nationalist slogans.”
The death of Katsifas, a dual Albanian-Greek citizen who was fatally shot in an exchange of fire with Albanian police on October 28, has fueled tensions between the two countries.