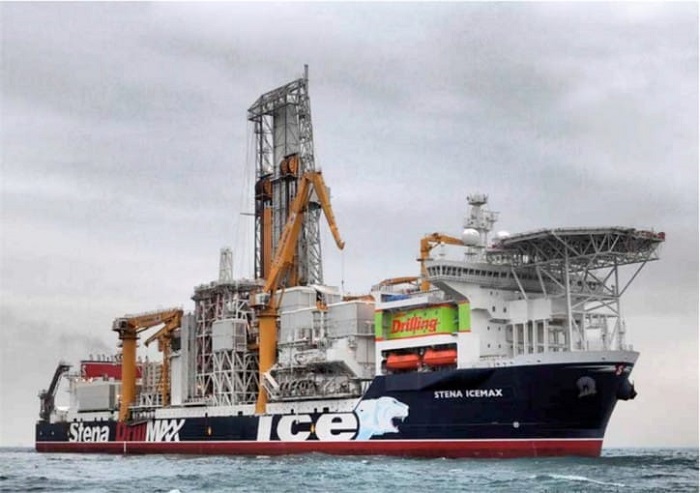 A drillship leased by ExxonMobil continues its journey through the Mediterranean towards Cyprus, where it is expected to arrive on November 12.
The Stena IceMax ship has passed the southern coast of Spain, as Turkey was again warning that it will defend its interests in hydrocarbon resources in the eastern Mediterranean.
The vessel will be performing two back-to-back exploratory drills in Cyprus’ offshore block 10, licensed to Exxon. The first target site has been dubbed ‘Delphinos’.
Built in 2012 at the Samsung Heavy Industries shipyard, the Stena IceMax is a dual-mast drillship capable of drilling in water depths up to 10,000 feet (3050 meters).
Cypriot authorities have meanwhile issued a Navtex, or marine advisory, reserving an area surrounding the drilling sites. The Navtex runs from November 10 to February 25, 2019.
Turkey, which does not recognize the Republic of Cyprus, has repeatedly warned the latter against extracting hydrocarbons without taking into account the Turkish Cypriots on the island.
Over the weekend, Turkish President Tayyip Erdogan said his nation would never allow “attempts at extorting natural resources in the eastern Mediterranean by excluding us and the Turkish Republic of Northern Cyprus.”