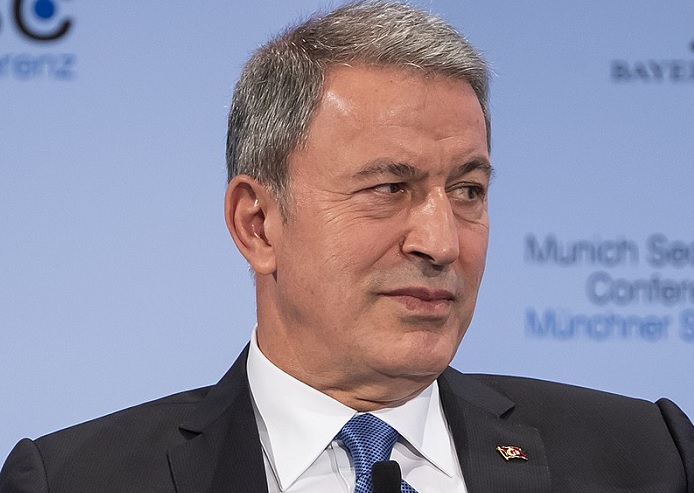 In statements made on Friday, Turkish Defense Minister Hulusi Akar continued his recent string of threatening rhetoric directed towards Greece and Cyprus, this time stating that Ankara will not accept a “fait accompli.”
Speaking at Turkey’s National Assembly during a discussion of the defense budget, Akar reiterated that Turkey will respond if Greece and Cyprus make unilateral moves in the eastern Mediterranean.
Akar’s statement was made on the eve of the planned start of drilling by ExxonMobil in a section of the Cypriot exclusive economic zone (EEZ). At the same time, the Turkish exploration ship Fatih (‘Conqueror’) is continuing its search for hydrocarbons in the Turkish continental shelf.
“We tell them to come to us and talk. But not partially. To discuss all the problems in Greek-Turkish relations. Let the experts solve them. Let’s not focus on a problem one day and on another the other day. We want good neighborly relations, peace and tranquility. We want all sides to benefit from economic opportunities, to facilitate visits from one side to the other,” Akar said.
“We do not accept any kind of action directed against the rights and interests of Turkey and the Turkish Republic of Northern Cyprus. We will not allow any fait accompli. We will not allow any violation of our rights,” he added.