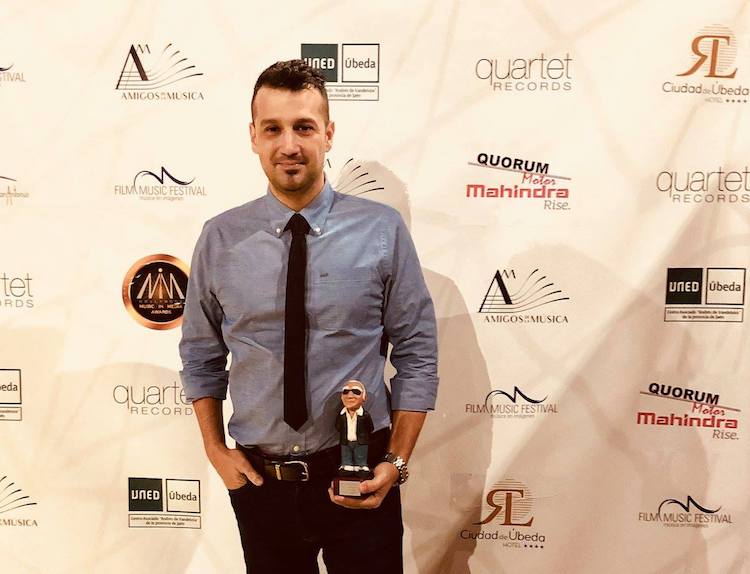 Cypriot composer George Kallis won the prestigious Jerry Goldsmith Award for Best Score for a Feature Film, for his work on “Last Knight”.

The awards, held in Jaen, Spain, are named after famous composer Jerry Goldsmith, a prolific film and TV composer and conductor. They aim to celebrate emerging talent in the audiovisual sector and give them the recognition they deserve.

Upon his acceptance of the Jerry Goldsmith Award, Kallis stated “it was my honor to write the score for this film, a Disney production by director Dmitriy Dyachenko. This film is not only entertaining and adventurous but, above all, it is a film that captured audiences and, as a result, generated a substantial amount of income for its creators.”

“Last Knight” was released in 2017 in Russia, and became the highest-grossing local-language film in the country, earning more than $29 million.

Kallis has been working as a composer in the industry for some time, but has seen his profile rise quickly in the last couple of years. In February 2018, he won “Breakthrough Composer of the Year” at the Movie Music UK Soundtrack Awards.