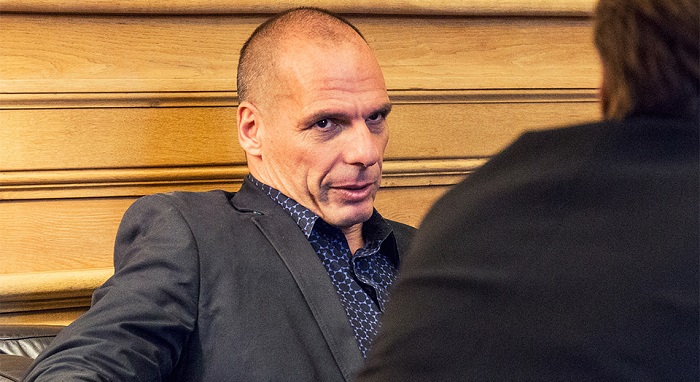 Yanis Varoufakis, no stranger to provocative statements, is in the news again following a television appearance in Greece on Monday. Speaking on Skai TV, Varoufakis claimed that investor George Soros had asked Prime Minister Alexis Tsipras to fire Varoufakis from his post as finance minister in 2015. He also characterized Defense Minister Panos Kammenos as a “neo-fascist.”
The former finance minister said that his relationship with Soros was limited to a phone call and noted that the tycoon “has done some good but some strange things.”
Varoufakis also stated that Defense Minister Panos Kammenos is a “neo-fascist” who used Soros’ alleged involvement in the Macedonia name issue to hurt his reputation and honor.
Varoufakis added that the Kammenos, who is the leader of the Independent Greeks political party which is the junior partner in the Greek governing coalition, belongs to a new batch of populist, extreme right-wing politicians, like Viktor Orban and Matteo Salvini, who are gaining popularity across Europe.
Varoufakis’ remarks were in response to recent comments made by former foreign minister Nikos Kotzias, who has said that during a cabinet meeting, Kammenos had accused Soros of paying the Greek government to promote the Prespa agreement on the Macedonia name dispute.
When asked about his responsibilities during negotiations with Greece’s creditors in the first  half of 2015, the cost of his actions to the country, and the opposition’s request for an investigatory committee on the issue, Varoufakis replied that he would welcome such an investigation.
“They can even take me to military court if they dare,” the former minister said.
Varoufakis said his party, DiEM25, will participate in the next national elections.