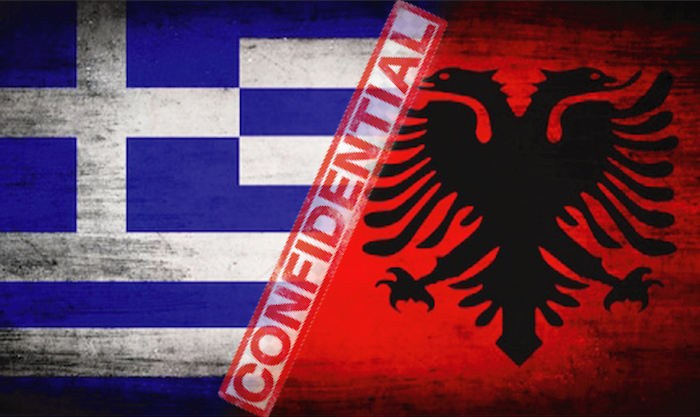 A declassified CIA report warns of the potential for instability in the Balkans that may be caused by the mistreatment of the Greek minority in Albania. The report stresses that this instability may be detrimental to U.S. interests.
The June 1994 report was drafted during a period of heightened tensions between the two countries following a violent border attack in April of that year. Two Albanian military officers were killed by a little-known Greek ultra-nationalist organization, the Northern Epirus Liberation Front (MAVI).
The report highlights the anxiety of the U.S. to support post-communist Albania, which was seen as the closest ally in the Balkans. Although the current crisis following the killing of Konstantinos Katsifas is different, the document sheds light upon American thinking on the Greek-Albanian dispute.
in 1994, Greece was stepping up claims of Albanian repression of its ethnic Greek minority, while Tirana expressed fears that Athens had designs on the Greek minority region in southern Albania.


The CIA report states that a crisis over the minority issue that resulted in Greek reprisals “could destabilize Tirana’s pro-US government to the advantage of the former Communists and have regional repercussions.”
“Continued tension with Greece would have a negative domestic impact in Albania,” it warns policy-makers in Washington keen to maintain and strengthen the strategic relationship with the former Communist country.
It adds that Albania’s ethnic Greek population “could become the focal point of a serious—and destabilizing—crisis between the two countries.”
Although the CIA analysts found no evidence that Albania is pursuing a policy of systematic intimidation of its Greek minority or attempting to drive the ethnic Greeks out, they stressed that “some ethnic Greek complaints against Tirana are legitimate.”
The report acknowledges that ethnic Greeks may be harassed by Albanian authorities, and focuses on issues relating to education and under-representation in the police and military.
Ethnic Greeks were being denied government-funded Greek-language education outside the “minority zones” in the south where the majority of ethnic Greeks reside, according to the report.
There was only a “token ethnic Greek presence in the police and military,” and virtually no Greeks are in positions of authority, it added.
Ethnic Greeks also complained about the Albanian government’s refusal to return large tracts of land previously owned by the Orthodox Church.
Should tensions persist and ethnic Greeks in Albania become targets of forced “ethnic cleansing,” Athens would come under intense public pressure to take more extreme action, including military action,” the report warned.
On the other hand, states the report, Tirana’s anxieties over perceived Greek irredentism could tempt Albanian authorities to restrict ethnic Greek political activities, which would probably prompt reprisals by Athens..
The report also warns Greece that in the long term, mutual hostility will undermine its ambitions to assume a political and economic leadership role in the region.
“Greek intransigence in the Balkans will further distance the Greeks from their European and US partners.”
The CIA report stated that although no reliable statistics were available, ethnic Greeks were Albania’s largest minority and probably comprise some 3 to 5 percent of the population, or about 100,000-150,000 people. As much as half of the community was employed in Greece.
The size of Albania’s Greek minority remains a matter of contention between Tirana and Athens. Albanian authorities claim there are approximately 60,000-80,000 ethnic Greeks in Albania, while Athens says there are between 300,000 and 500,000.
Click here for the CIA declassified document.