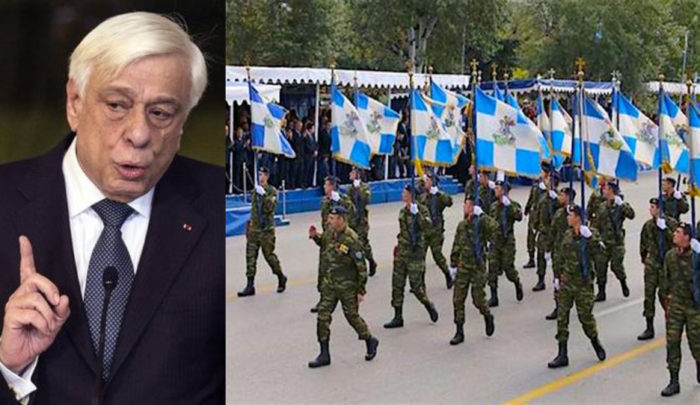 ”The great ‘NO’ uttered by Greece on October 28, 1940, remains forever current and must inspire the struggle to defend the European edifice against those ‘nostalgic’ for Fascism and Nazism”, the President of the Hellenic Republic Prokopis Pavlopoulos said on Sunday in Thessaloniki, where he attended the October 28 military parade with his Italian counterpart, Sergio Mattarella.
“History has proven, with irresistible evidence, that the great ‘NO’ of the Greek people on October 28, 1940 was – and still remains, on extremely instructive and current terms – a great ‘YES’ to freedom and democracy. And it is precisely this instructive topicality that must inspire us, above all, in the struggle to defend the European edifice against the extremely dangerous conglomerations of racist populism that undermine, openly and directly, its foundations and its global mission,” Pavlopoulos said after the parade.”
”Mattarella‘s presence in Thessaloniki was a supreme symbol of this struggle to defend Europe’, he added, indicating that Greece and Italy are “leaving behind those things that divided us in the past but, having learned from the bitter experience of Fascism and its criminal collaboration with Nazism, we are stating our determination to fight against all such formations,” Pavlopoulos said.
(Source: A.M.N.A.)