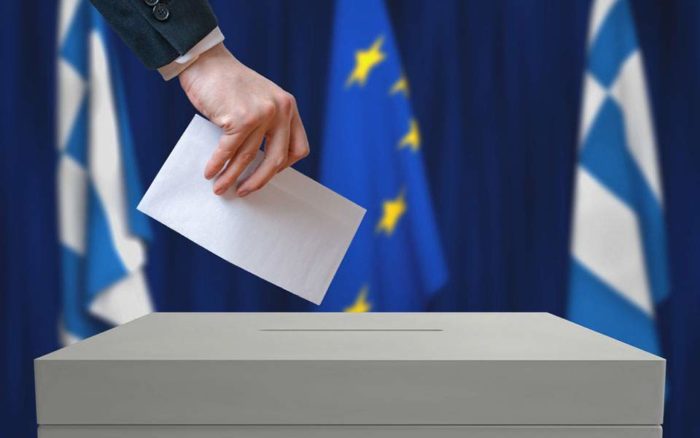 Greece’s main opposition and center-right New Democracy party maintains its lead over the governing left-wing SYRIZA party, leading by 11.2 percent in a new poll conducted by Marc for Proto Thema newspaper.
31.2 percent of respondents stated they would vote for New Democracy if general elections were held today, compared to one in five (20 percent) who would vote for SYRIZA. This share of votes would leave New Democracy with a parliamentary majority of 160 members in a Parliament of 300.
The center-left Movement for Change came third with 7.1 percent, followed by the extreme right Golden Dawn party with 6.5 percent.
The Communist Party (KKE) came fifth with 6.2 percent. No other party garners more than the 3 percent threshold required to enter parliament, among which Potami, Centrists’ Union and Greek Solution parties.
SYRIZA’s partner in Government, Independent Greeks (ANEL) earned 1.3 percent of the respondents.
72.2 percent stated that they prefer a snap election as soon as Panos Kammenos leaves the coalition government, compared to 17.1 percent who would prefer the formation of a new governmental majority in the Parliament.
In addition to this, nearly 6 out of 10 (59.7 percent) consider Kammenos’ presence in the government as damaging.
Regarding the issue of Prespa agreement, 64.5 percent of respondents stated that they had a negative opinion and that the agreement should not be voted by the Parliament.