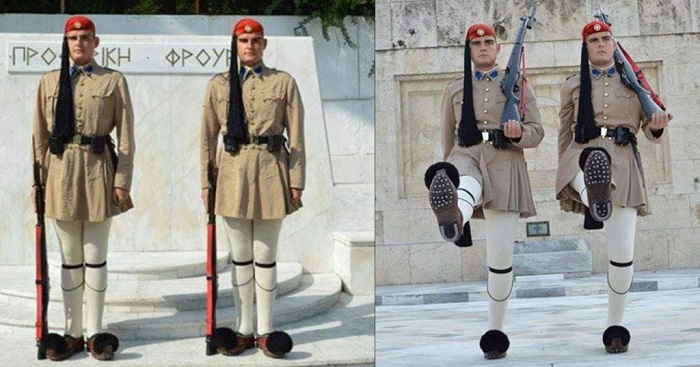 Two brothers, one childhood dream turned reality. Twin brothers Georgios and Konstantinos Athanasopoulos have realized a lifelong dream by joining the Greek Presidential Guard and wearing the historic uniform of the Evzones.
This uniform, with its distinctive ‘foustanela’, symbolizes the Greeks’ struggle for freedom, launched against the Ottoman Turks in 1821. 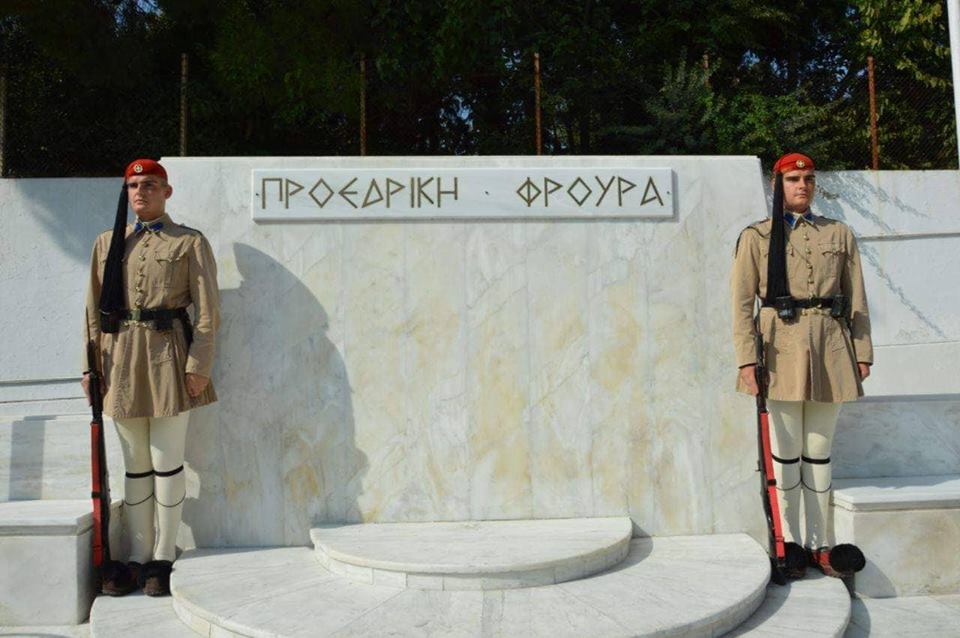 The pair was ideal for this post. Evzones arel required to have similar physical characteristics, which the Athanasopoulos brothers possess. Furthermore, as twin brothers, the duo features an almost indistinguishable physique, with the only difference between the two being a mark Georgios has on his left eyebrow. 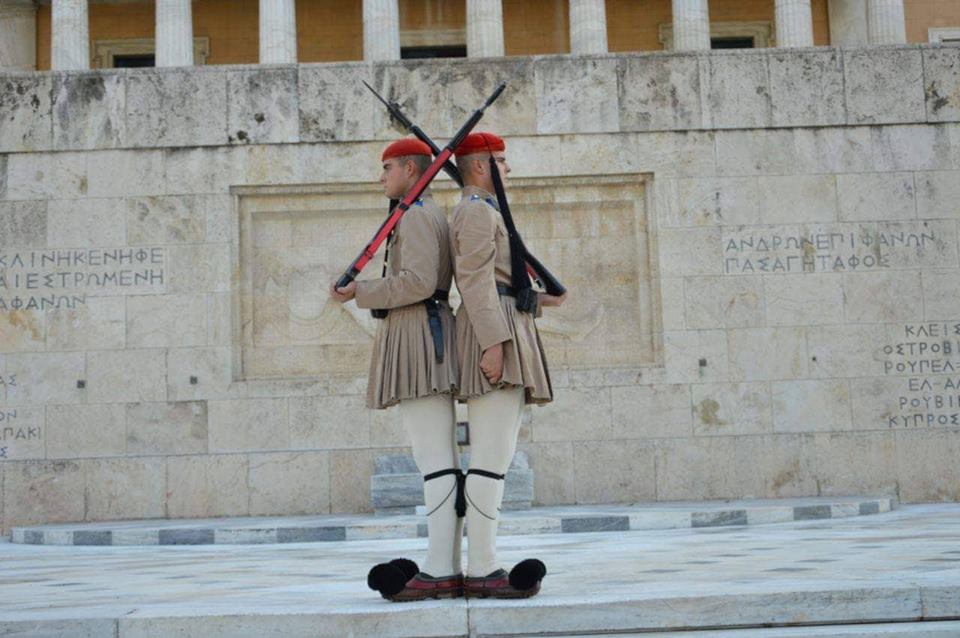 In a short interview with news portal TheCaller.gr, their brothers’ national and familiar pride is evident.
“It was a dream we had since our parents brought us to visit the Monument of the Unknown Soldier and to see the Evzones for the first time, so surely when we were selected the joy we had was indescribable,” said the brothers. “We both did not have a problem in preparation. What has made it hard for us is definitely the psychological part. It was a new situation for us to face. It is very difficult to align your body with your mind, especially when you have not experienced it previously.” 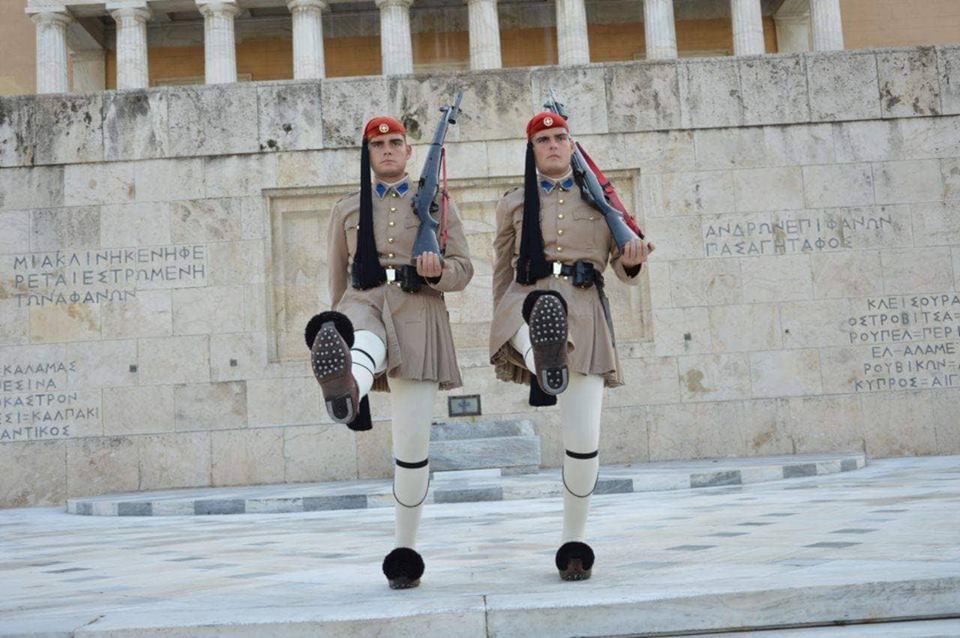 Addressing how it felt to serve together as brothers in the Presidential Guard, the brothers stated, “Security and [more] security, because we know each other, how much we like it and how hard we have tried so far.”
When we wear Evzona’s outfit, we feel honor and pride, and surely our parents have given us their sense of pride for the goal we achieved, because as we said it was something we wanted from young children,” added the brothers.