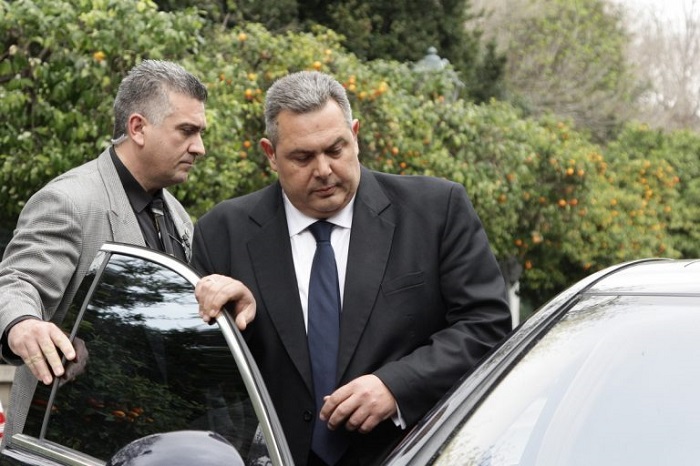 The government of FYROM hit back at Panos Kammenos, Greece’s defense minister and outspoken opponent of the Prespa agreement, saying that he is “spreading fake news” in claiming that some lawmakers in Skopje were bribed to vote for the deal.
In a tweet following the vote in FYROM’s parliament on Friday night, Kammenos said that “he feels ashamed that in the Europe of values whoever does not vote according to orders goes to jail and whoever complies gets 2 million euros in black money.”

Kammenos, leader of the the nationalist Independent Greeks, in coalition with leftist SYRIZA, once again chose to differentiate himself from Alexis Tsipras who congratulated the FYROM government in passing the agreement in parliament.
The government spokesman in Skopje immediately hit back at Kammenos through twitter.
“Dear Mr. Kammenos, please be informed that you have shared fake news already officially denied by our Government,” said Mile Boshnjakovski. 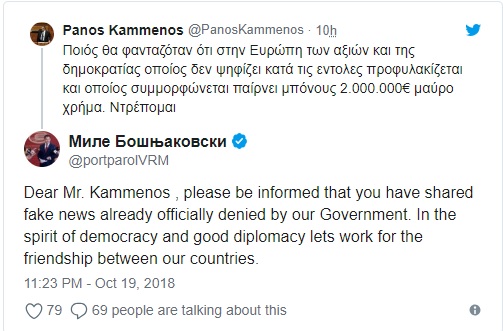