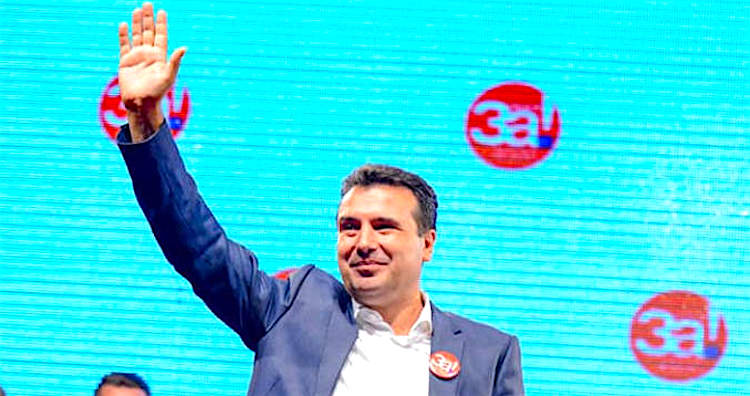 The parliament in the Former Yugoslav Republic of Macedonia (FYROM) on Friday has voted to start the process of renaming the country “North Macedonia”.
A total of 80 deputies in the 120-seat parliament voted in favor of renaming the Balkan country Republic of North Macedonia – just reaching the two-thirds majority needed to enact constitutional changes.
“Today is a historic day for the country,” Prime Minister Zoran Zaev said. “Macedonia will be part of the European family our dreams and visions for better life in a better country will be fulfilled.”
Eight members of VMRO-DPMNE, the party that opposed the Prespa agreement with Greece have joined forces with the governing coalition to create the two-thirds majority.
“I want to say thank you to every MP and especially to the MPs from VMRO-DPMNE who put the state’s interests above party and personal interests, despite the unnecessary pressure over them,” Mr Zaev said after the vote, adding that he would “guarantee” their safety.
Among the ‘yes’ voters were three VMRO-DPMNE politicians who were granted bail from house arrest this week.
The procedure to complete constitutional changes is lengthy and requires several rounds of voting, with Friday’s being just the first stage. The procedure should be completed by January at the latest.
Once Macedonia formally changes the constitution, the Greek parliament will also have to vote on the deal.
Greek Prime Minister Alexis Tsipras congratulated Zoran Zaev, saying that “the vote is a big step towards our common success.”

Congratulations my friend @Zoran_Zaev ! Tonight’s vote is a big step towards our common success. A very important step to a peaceful and prosperous future for our people!