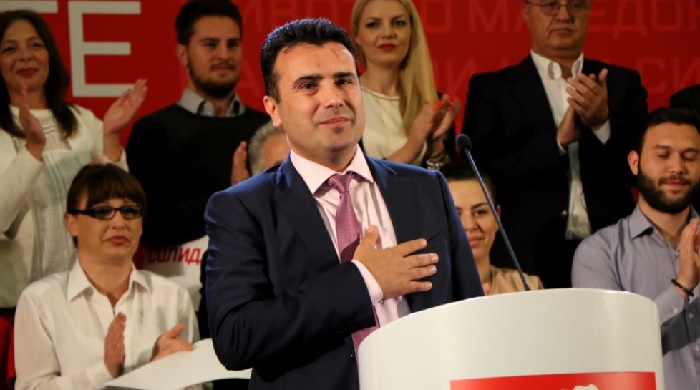 Governments in Greece, western Europe and the U.S.A. anxiously await developments in Skopje, as FYROM’s parliament is set to vote on the Prespa agreement as soon as today.

The agreement would change the country’s official name to “North Macedonia” and end decades-long naming dispute with Greece.

However, this alliance is eight seats short of the 80 votes (two-thirds majority) required to amend the constitution and change the country’s name. Zaev hopes opposition legislators will back the vote.

“Legislators, let us say ‘Yes’ to the opportunity that is before us,” Zaev stated in a message posted on Facebook on Thursday. “History remembers the right decisions.”

Zaev added that “with the Prime Minister of Greece Alexis Tsipras, we remain fully committed to the prospect of the new Balkans of the 21st century, where friendship will be built, and cooperation will be enhanced.”

If the parliament of FYROM passes the first government motion, it will open the name change procedure, allowing legislators to debate the issue over a period that may span three months or more, according to the parliament’s rulebook.

A second vote requires a simple majority of 61 votes, but a final vote would need a two-thirds majority.

If the vote fails, Zaev has said the only remaining option would be to declare early elections. These would likely take place by late November or early December.

The VMRO-DPMNE, FYROM’s center-right nationalist opposition party, has rallied against the Prespa Agreement and any change in the country’s name.