One in Three Greeks Lives In Danger of Poverty, Data Show 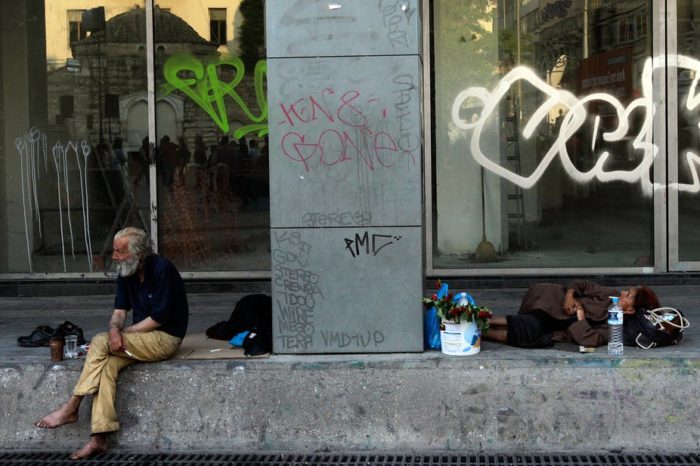 34.8 percent of Greeks live in poverty or in danger of poverty, according to data revealed by the European Statistics Authority, Eurostat.
More specifically, 20.1 percent of Greeks live in conditions of poverty and social exclusion, with 14.6 percent of the population being in danger of poverty.
Only Romanians and Bulgarians are in a worse position as their figures are 35.7 and 38.9 percent respectively. These two countries though show a strong tendency of reduction of these figures.
It is clear that the financial crisis made the situation much worse in Greece as the same figure 10 years ago was 28.1 percent, a little higher than the European average that was 23.7 percent at the time.
The European average now has dropped to 20.3 percent while the Greek average has skyrocketed, since more than 3.7 million Greeks live in poverty or are endangered to live in it.
Greece, the Netherlands, Cyprus and Estonia recorded the highest increase of their poverty rates, while the largest reduce was recorded in Poland, due to the country’s high growth rates and the massive numbers of Poles who left the country.
As for Cyprus, the island has already started to reduce its percentage, it went from 28.9 percent in 2015 to 25.2 percent in 2018.