'We Will Continue the Gas Drilling Work around Cyprus' Cavusoglu Says 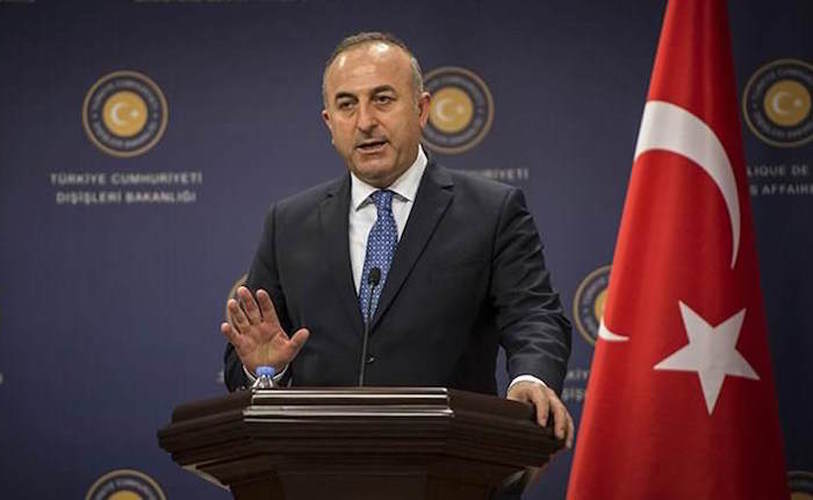 Turkey will not stop the natural gas and oil drilling work around Cyprus, having in mind that we need to share the resources fairly, Turkey’s foreign minister Cavusoglu said on Tuesday.
“Turkey will not allow any unilateral activity. We need to protect the rights of the Turkish Cypriots with actual steps,” Cavusoglu said at a symposium entitled Law and Politics in the Eastern Mediterranean held in Turkey’s Ankara.
Cavusoglu added that Turkey does not want to fight with anyone; ”our aim is a fair sharing of resources, but we will not let anyone play with the Turkish and the Turkish Cypriot rights in the area.”

We evaluated next steps in Eastern Mediterranean with Dep. PM & Foreign Minister @KudretOzersay of the #TRNC. We will always continue to stand by Turkish Cypriots under all circumstances& do our part to ensure peace, stability and welfare in the Island. pic.twitter.com/z2SE3wGNaL

Cavusoglu also met with his ‘counterpart’ of the pseudo-state of the occupied northern part of Cyprus.
Cavusoglu’s statement comes only a few days after the trilateral summit between Greece, Egypt and Cyprus that was held in Crete’s Elounda.