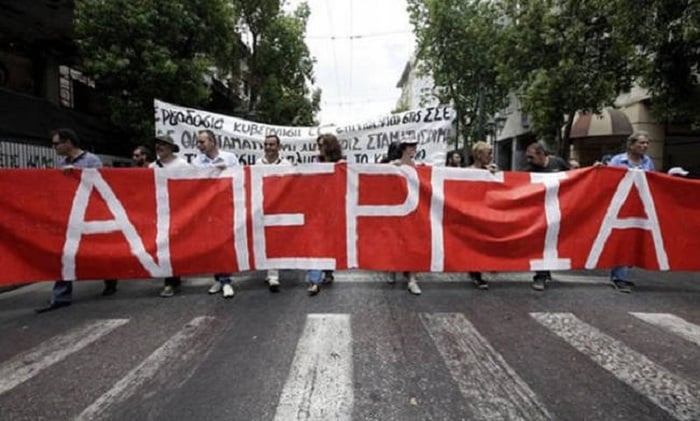 ADEDY, Greece’s largest public sector union will stage a 24-hour walkout on November 14 to demand wage and pension increases, hirings and tax cuts.
“Now that we’ve become a normal country with a normal government which is no longer supervised by foreign powers, now is the time to try to solve some of the problems created in the past eight years,” ADEDY president Yannis Paidas told Reuters.
“Public sector workers want their dignity back, we need to recoup some of our losses.”
The strike will also be against privatisations and the evaluation process of public sector workers, ADEDY said.
Greece’s private sector union GSEE is also mulling a strike but has not yet decided on a possible date.
Reuters says that this will be the first major industrial action of the post-bailout era. The left-led government, which faces elections next year, has promised to keep tight control of public finances.