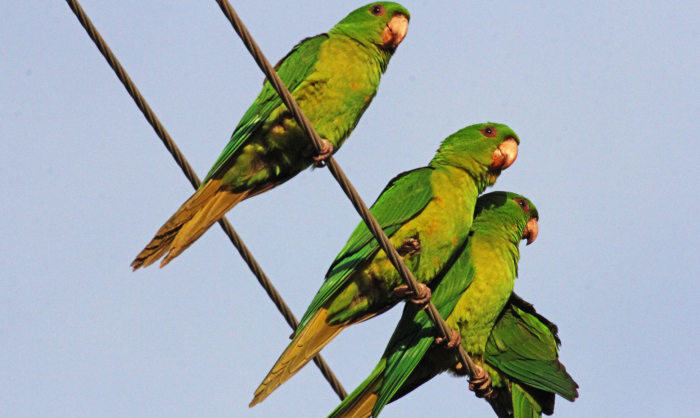 Lefteris Stavrakas, a scientist with the Hellenic Ornithological Society, says that there are two kinds of parrots in Athens. The green parrot, originally from Asia and the gray-green whose original habitat is the Amazon region of South America.
He explains speaking to iefimerida. gr, that although parrots have been spotted in Athens since the ’80s, their population is steadily on the rise in the last few years. 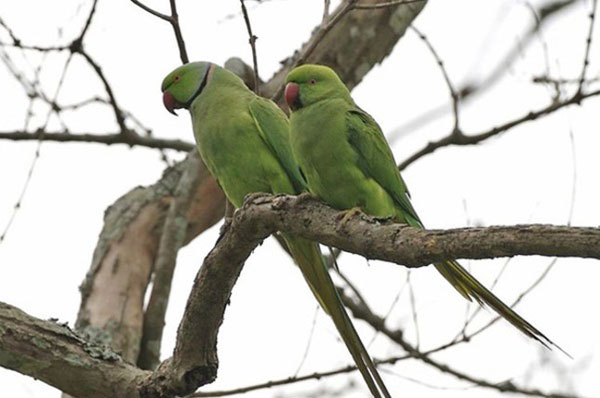 “The green parrot appeared in Athens in the late eighties and has created colonies all over the capital. In recent years the gray-green population has increased a lot. They have been spotted flying to Lycabettus. They have found ideal conditions to reproduce. In the National Garden there is now a large colony and we also meet them in northern suburbs.”
As Stavrakas points out the parrots did not arrive flying in Athens. He recollects an urban legend according to which the first birds were released in the early 80s at the now defunct airport of Athens when a container broke and the birds escaped from their cages.
Also, some Athenians who were keeping parrots as pets released them and this helped establish the first colonies in southern Athens where the old airport was situated.
The exotic birds thrived because of Athens’s ideal climate, says Stavrakas.

Greek health authorities announced on Monday that the benefits of the AstraZeneca vaccine against Covid-19 far outweigh the risks associated with thrombosis.
Greek News