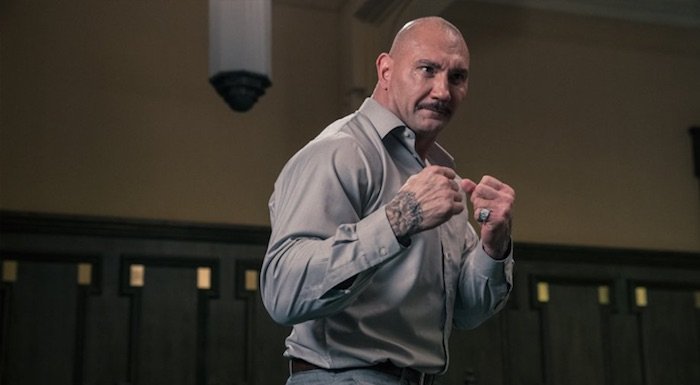 Dave Bautista is in talks to join the big-screen adaptation of the 70s show “Fantasy Island”.

The original series centered on a mysterious man that was in charge of an island where anyone’s dreams can come true, but at a steep price. It often led to the inhabitants of the island living in a nightmare of their own accidental creation.

Michael Pena and Jimmy O. Yang are already attached to act in the film. Though Bautista’s role is not exactly clear yet, early reports indicate he is in talks to play a former guest on the island who is still trapped there and wants to expose the owner’s evil schemes.

This adaptation of “Fantasy Island” will be brought to life by the Blumhouse production company. Jason Blum, the owner, says it will be “horror-adjacent”.

Co-written by Chris Roach (“Non-Stop”) and Jillian Jacobs (“Truth or Dare”), the movie will be directed by Jeff Wadlow.

Bautista has been keeping very busy with movies this last year, between his prominent role in the blockbuster “Guardians of the Galaxy” series and roles in movies like “Stuber”.