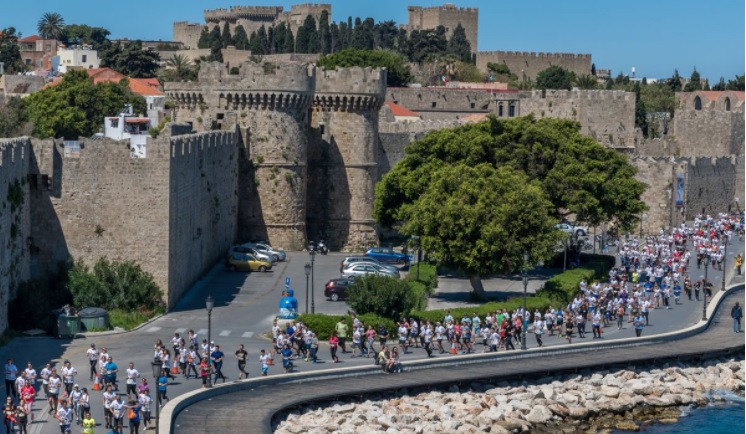 Tourist arrivals on the Greek island of Rhodes grew by 9.26 percent in September, totaling 402,108 people from 368,045 in September 2017, according to Fraport Greece report.
These figures, combined with early estimates over tourism trends in October, confirmed forecasts that 2018 will be the best year for tourism on the island of Rhodes.
Fraport Greece said that passenger traffic in the airport of Rhodes totaled 835,770 in September, up from 780,996 in September last year, an total increase of 7.0 percent.
In the nine-month period from January to September, passenger traffic totaled 4,254,700 which is up by 7.9 percent from the same period last year.
Including domestic passenger traffic, the number of passengers reached 5.0 million, up by 6.3 percent from 2017.
Visitors from the United Kingdom topped the list of travellers visiting the popular island, followed by Germans, Swedes, Israelis and Polish. Russian visitors ranked sixth, followed by Czech, Italian, French and Finnish visitors.
With information from A.M.N.A.