AEK, Olympiacos Cancel Each Other Out As PAOK Moves 3 Points Clear 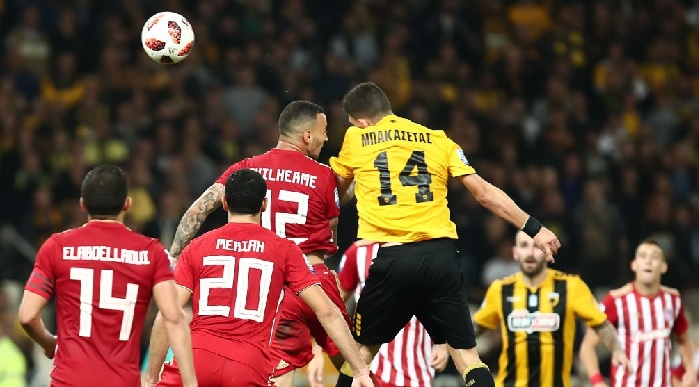 Tasos Bakasetas scored a thumping header late on to rescue a point for AEK as Sunday’s Athens derby showdown with Olympiacos ended in a 1-1 draw at the Olympic Stadium.
AEK had fallen behind to a superb Kostas Fortounis strike just before the hour mark after a goalless first half in which both teams hit the woodwork.
AEK left it late to respond, but managed to even the score on the 90th through the first goal Greek international Bakasetas has scored in his career against Olympiakos. Still, the Reds could have nicked it had Yiannis Fetfatzidis not sent the ball over the bar with the goal at his mercy in the last minute of injury time.
As a result of the draw, PAOK and Atromitos remain out in front at the top of the table with 16 points apiece, while AEK and Olympiacos are three points behind. 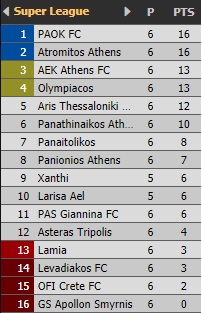