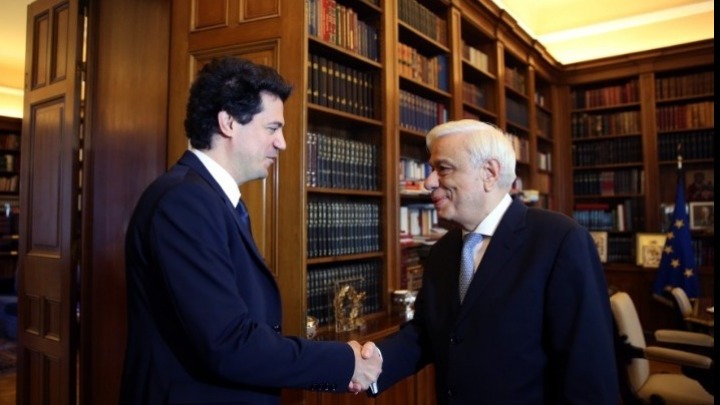 On Thursday Greek President Prokopios Pavlopoulos received the well-known MIT math professor Konstantinos Daskalakis.
Daskalakis, who was recently honored with the Nevanlinna Prize at the International Congress of Mathematicians, was congratulated by the Greek president who relayed to the distinguished professor that all of Greece is proud of him and his accomplishments.
Pavlopoulos stressed that he hoped that Greek students would be inspired by Daskalakis’ scientific ethos — so much that they will opt to not go abroad for their higher degrees, and will instead stay in Greece.
Daskalakis agreed with the president, saying that there is enormous talent in Greece and that it must be nurtured, promoted and strengthened throughout the nation.
As he spoke of Greek youth and their futures, Pavlopoulos noted that in order to persuade students to stay in Greece, our society and state must improve and assert a notion of excellence to “give every person, regardless of their origin and financial capabilities, the ability to develop their personality.”
With information from ANA-MPA

A new border surveillance drone, which represents the next generation of unmanned surveillance aircraft, will be manufactured by a Greek firm.
Crime