Russia Hints it May Block Greece-FYROM Deal at the UN 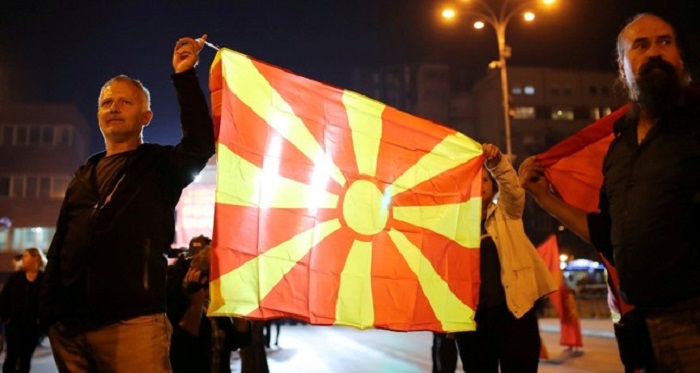 Russia is implicitly threatening that it may block the Prespa agreement at the UN Security Council.
In a statement on Monday, following the referendum in FYROM, the Russian foreign ministry says that the low turnout “means that the referendum cannot be recognised as valid.”
It clearly indicates that the voters “chose to boycott the solutions imposed on Skopje and Athens.”
The statement also blasts leading politicians from NATO and EU member states who participated in “large-scale propaganda campaign directly, freely interfering in the internal affairs of this Balkan state.”
Despite the low turnout, Prime Minister Zoran Zaev vowed to push ahead with the name change on Monday.
The Russian foreign ministry condemned the move: “There is a clear drive to ensure Skopje’s entanglement in NATO despite the will of the Macedonian people.”
Russia is traditionally wary of NATO’s enlargement in eastern Europe. The alliance’s 1999 bombings of its ally Serbia caused a major rift in Russia’s relations with the West at the time.
Moscow says that a long-term solution can only be agreed upon by the two parties on their own, without any external interference, and only within the framework of the law and with broad public support.
As a permanent member of the UN Security Council, Russia is closely monitoring the development of this situation, the statement says.
“We proceed from the fact that according to paragraph 3 of the UN Security Council Resolution 845, the results of the talks between Skopje and Athens will be considered at the UN Security Council,” the statement warns.