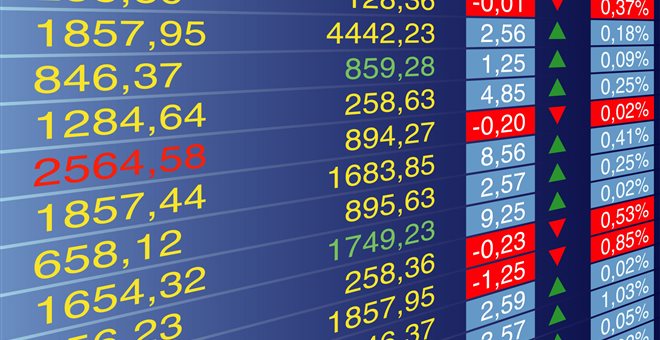 Scenarios of a new bank recapitalization and the Italian crisis triggered a massive bank share sell-off that dragged the Athens Stock Exchange to a plunge on Wednesday.
The Athens bourse plummeted for the third consecutive day with some financial analysts referring to it as a Black Wednesday.
The collapse of bank stocks shook the general index. Massive sell-offs  battered the market.
The ATHEX opened with a 1.5 percent drop, and by midday losses had reached over 3.5 percent, with the general index falling under 600 points. Losses finally settled at 2.1 percent.
That was followed by a push and effort to restore a balance, and a few minutes later losses settled at under 3 percent.
At the same time, the FTSE 25 registered a 3.10 percentage point drop, falling to 1,740.30 points. The Bank Index fell by 14.83 percent, to 472.64 points.
Bank shares continued to sell pushing the banking sector stock to a double-digit drop.
Piraeus Bank shares came near limit down; Eurobank shares fell by approximately 13 percent; National Bank of Greece stock dropped by nearly 8 percent, and Alpha Bank shares dropped by 5 percent.