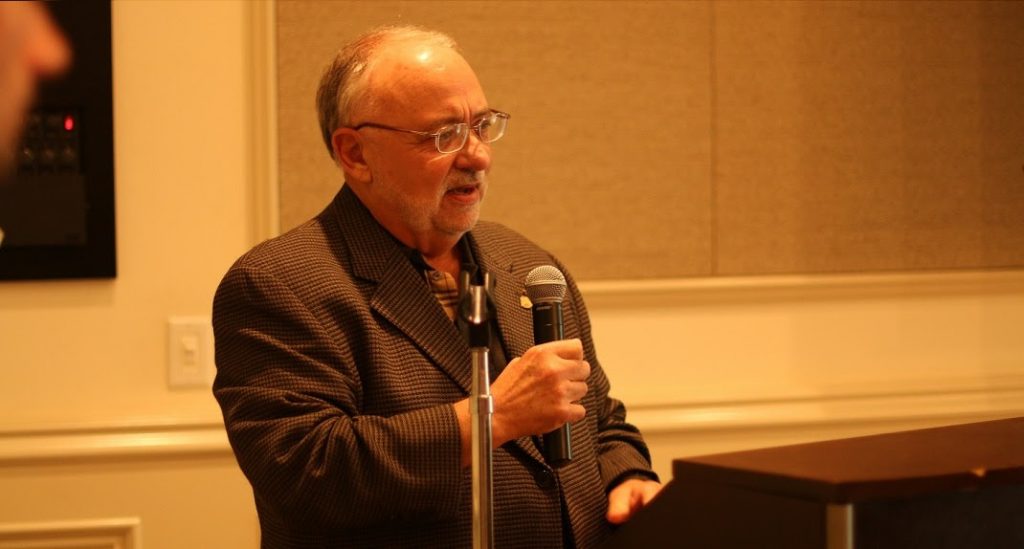 The Board of Directors of the American Hellenic Council elected Dr. James Dimitriou of Redondo Beach, California, as the new President and Chairman of the Board.

Dr. Dimitriou is replacing Menas Kefatos, whom he thanked upon accepting the position:
“It is an honor for me to have the support and confidence of our Board of Directors to continue in the footsteps of our Chairman, Menas Kafatos,” Dr. Dimitriou said.

And he continued: “As a founding member of the former Save Cyprus Council, I hope to serve in the spirit of my early mentors, Dr. Theodore Saloutos, Peter Calogeras, and Aris Anagnos. It is a time of many challenges and threats that will require a rededication of both spirit & action. Please join me in sharing this vision.”

The American Hellenic Council of California is an advocacy organization, which promotes Hellenic values and culture in the U.S. and supports the cultural activities of the Hellenic-American community of Southern California and to raise awareness of issues concerning the Eastern Mediterranean, both by informing the American public and public officials about ongoing issues and conflicts in Greece and Cyprus.

Dr. Dimitriou is former AHEPA Supreme President and has served as National AHEPA Education Chairman and Chairman of the Cyprus & Hellenic Affairs Committee. Currently, he is on the Board for Hellenext, the Next Generation Initiative. He has also been named  to the Order of Saint Andrew of the Ecumenical Patriarchate in 2004.

A noted educator and scholar on Greek American studies, he has served as an adjunct professor of global studies at USC. As the faculty advisor to the national award wining Model United Nations, he was chosen by the “UN 50 Project.”

Dr. Dimitriou earned his Doctorate in International Studies at USC, where he also earned two master’s degrees. He has served as a consultant to Global Studies Program, GEPSCA, and other staff development programs.

The new chairman of the American Hellenic Council is a co-founder of the Greek Heritage Society; former Executive Director of the Axios Foundation; and long time President of the Marmarinon Society.

Outgoing president Menas Kafatos welcomed the new president saying, “The Council couldn’t be in better hands. There are a host of issues facing the Hellenic communities in Greece and Cyprus, as well as here in the United States. The American Hellenic Council will continue being an important agent for innovation, continuity, as well as supporting and protecting the traditions that bind us together.”