FYROM's President Calls For Boycott of Referendum on Greek Deal 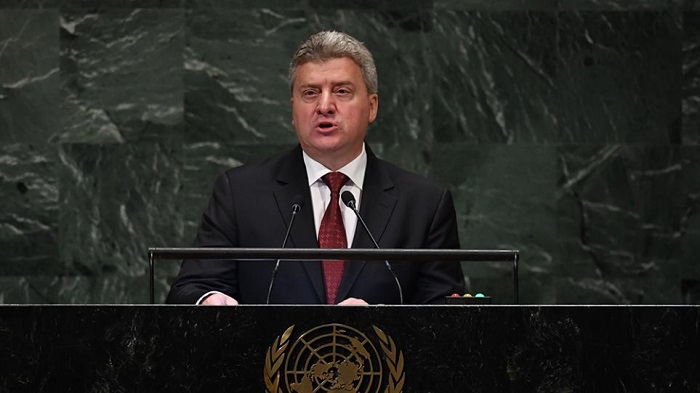 FYROM‘s President Gjorge Ivanov has called for voters to boycott an upcoming referendum on the country’s name change, saying the country was being asked to commit “historical suicide.”
“Voting in a referendum is a right, not an obligation,” Ivanov said on September 27 in a speech at the United Nations General Assembly.
The citizens of FYROM are due to go to the polls on September 30 to vote on an agreement its new Socialist government reached with Greece this year to change the country’s name to North Macedonia.
If the deal goes ahead, Greece will lift objections to FYROM joining NATO and the EU.
“On September 30, I will not go out and vote and I know that you, my fellow citizens, will make a similarly wise decision,” Ivanov told the UN General Assembly.
Ivanov, who called the name change a “noose” and a “flagrant violation of sovereignty,” also criticized U.S. and EU officials who have visited the country in recent weeks for suggesting that the name change offers FYROM’s only hope of ever joining NATO and the European Union.
The president vetoed the Zaev-Tsipras accord back in June after it was initially voted through by lawmakers, but he was obliged to approve the referendum the following month after a second vote in parliament.