By Tasos Kokkinidis
September 21, 2018
Facebook
Twitter
WhatsApp
Linkedin
Email
A new poll released on Thursday gives opposition New Democracy a 9.5 percent lead over governing SYRIZA.
The poll was conducted by Pulse for Skai television between September 16-18.
It shows New Democracy at 31.5 percent, compared to 22 percent for SYRIZA, followed by extreme right Golden Dawn with 7 percent, 6.5 percent for the centre-left Movement for Change, and the Greek Communist Party (KKE) with 5.5 percent.
Those would be the only five parties to pass the three percent threshold to enter parliament. 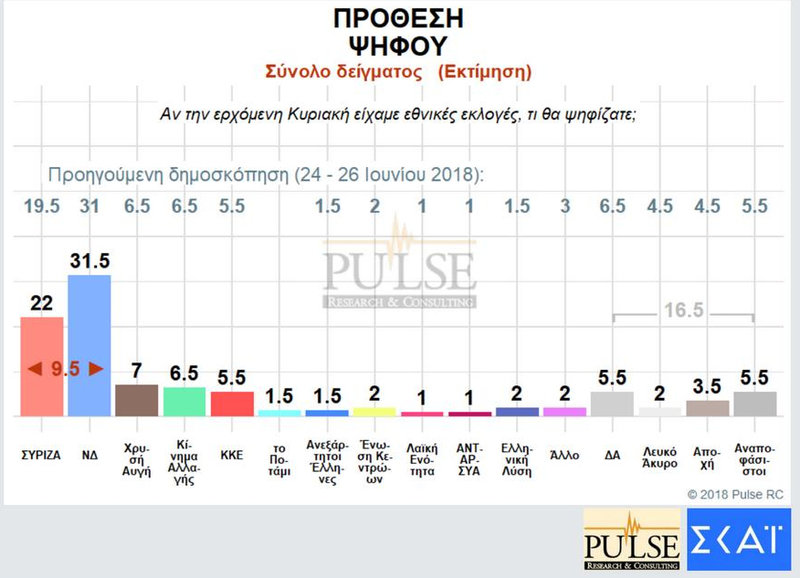