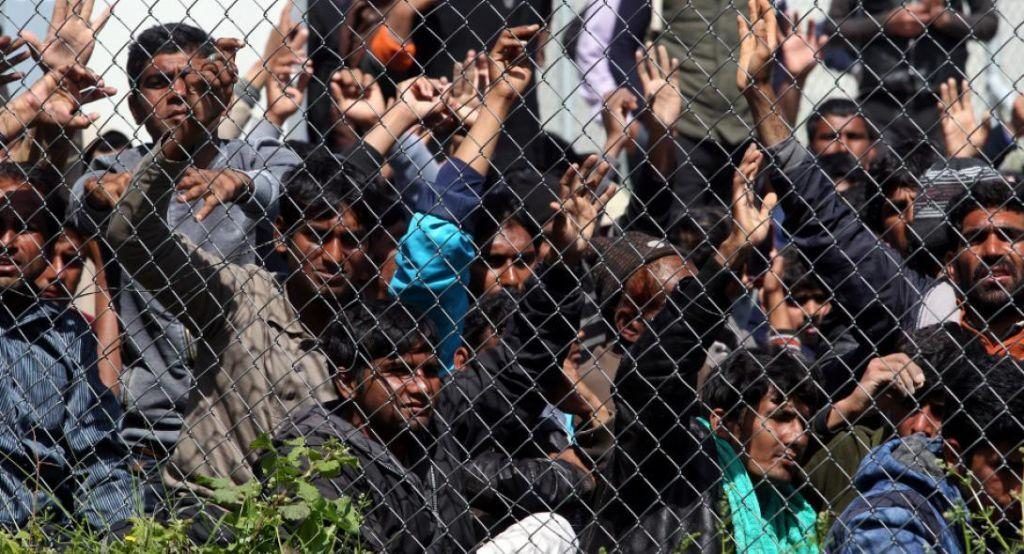 The first 100 out of a total of 2,000 asylum seekers scheduled to be removed from the Moria refugee camp on Lesvos departed by ferry on Friday for Kavala in Northern Greece.
The move came after Medecins Sans Frontieres warned that the squalid conditions at the overcrowded Moria camp are a grave danger to the physical and mental health of refugees, especially children.
Their destination is the new camp that was constructed in the Volvi area in Thessaloniki, with a capacity of 1,200 people. Similar departures of up to 400 people at a time will take place next week by ferry either to Kavala or Piraeus with destination Volvi or the Katsika camp in the Ioannina area.
According to the migration policy ministry, another 1,000 asylum seekers will be taken to a new hospitality structure in the area of Preveza in October.
The move applies to vulnerable groups and migrants who have completed the asylum application process.
Meanwhile, the situation at the Moria camp has become dangerous for vulnerable groups, with Medecins Sans Frontieres warning that violent incidents and the number of sexual assaults have increased tremendously.