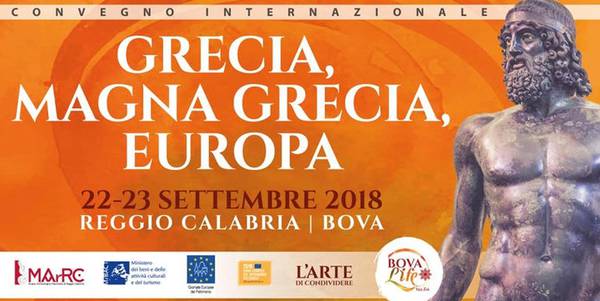 The international congress ”Greece, Magna Greece, Europe” held in Reggio Calabria, Italy, on Saturday and Sunday, will pay homage to the roots of Europe and its founding values.

The congress is organized by the Association Bova Life, in cooperation with the National archaeological museum of Reggio Calabria, the Greek embassy in Italy, and with the scientific coordination of Professor Louis Godart as part of the European Heritage Days.

Greece’s Ambassador to Italy, Tasia Athanasiou, and top Italian and Greek professors and researchers will attend, according to Italian news agency ANSA.

According to Godart, ”Since the second millennium AD, during the Minoan and Mycenaean pre-colonization until the Classical and Byzantine era, Magna Greece and Calabria had a privileged relationship with Hellas, welcoming those who came from Greek land and recuperating the values of classicism (the centrality of humankind in history and democracy) to transmit to Europe and the world.”

Godart also said that Greece and Italy share a privileged relationship, being the pillars of European culture.