GRNews
GreekReporter.comGreeceAthens Railway Turns 150: Flashback to When History Was Made (Photos)

Athens Railway Turns 150: Flashback to When History Was Made (Photos)

The Piraeus-Kifissia Electric Railway, known to most as the “Ilektrikos” has been in operation for almost 150 years, during which time it has significantly transformed the world of transportation for Athenians and travelers alike.
What started off as a transportation system with an Athens-Piraeus route by means of horse and carriage, was followed by the creation of a steam-powered train, and finally, the electric-powered train.
The modern train system first began with its initiation in 1855 by the Prime Minister and Minister of Foreign Affairs Alexandros Mavrokordatos, responsible for submitting the first bill for establishing an Athens-Piraeus railway. 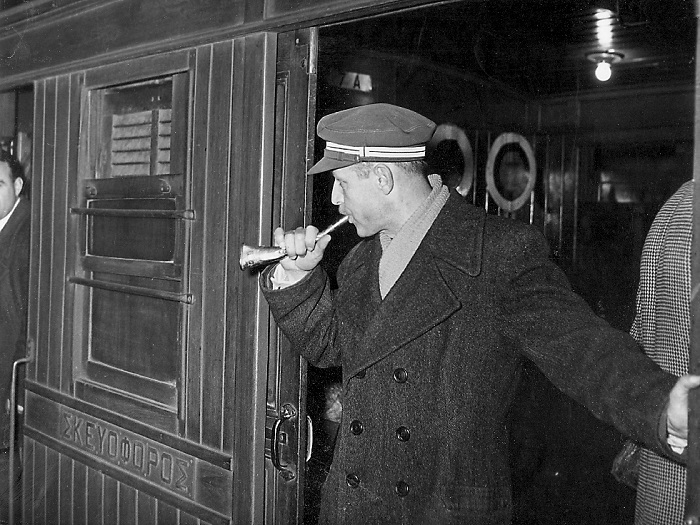 By 1869 Απ‘ Αθηνών εις Πειραιά Σιδηροδρόμου (“Athens – Piraeus Railway”) – S.Α.P. S.A. completed the works and a test route was made carrying officials and dignitaries. What began as a dream had now become a reality.
The steam engine, which consisted of 6 wagons, traveled an 8.5 km distance from Thissio to Pireas in approximately 19 minutes; the two cities (Athens and Piraeus) were now linked with iron railway tracks. 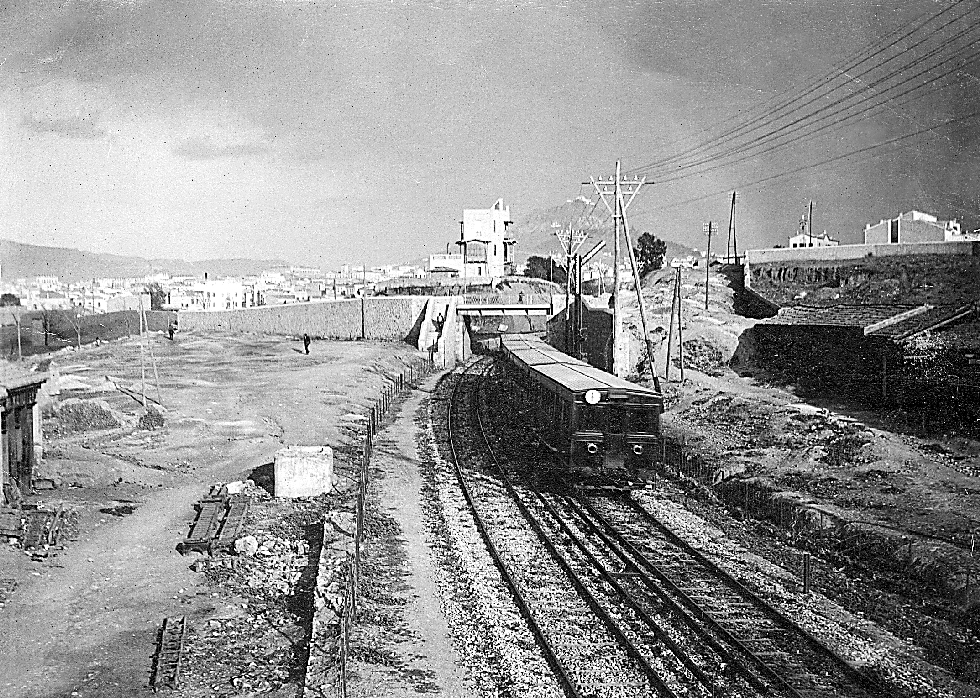 Railway turns electric September 16,1904
During the period between the date of the test route, in 1869 and September 16, 1904, when the railway became electric, the following developments took place: the laying of a double track as well as the start of the construction of a tunnel in 1889, running from Thissio up to Omonia.
In 1930 Hellenic Electric Railways completed the extension of the underground tunnel up to ATTIKI station with a double line in order to connect the Electric Railway with Kifissia and an underground station below Omonia; Viktoria and Attiki stations followed respectively, both in operation by 1949. 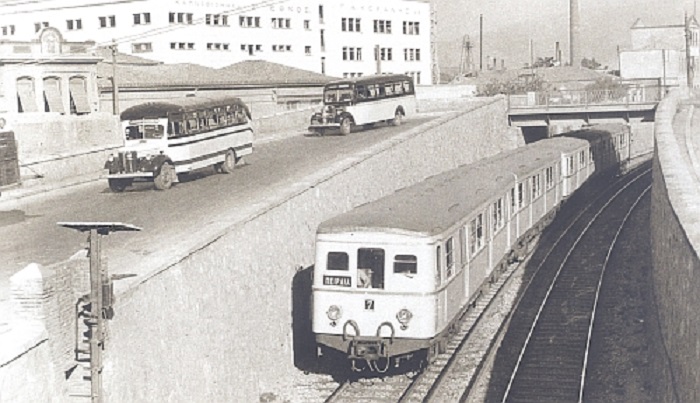 By 1937, the electrification of the railway of Kifissia was underway, however, the construction works were not completed at this time. Changes regarding which company would finally undertake the project settled in 1950 when the Hellenic Electric Railways continued the works until its gradual completion in 1957.
At last, the transportation from Piraeus to Kiffisia with the Electric Railway also became a reality.