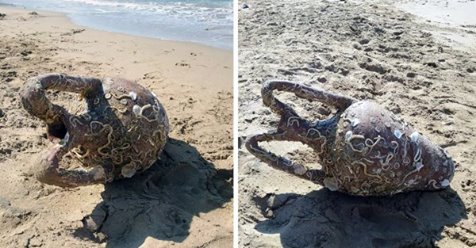 A rare icon of Virgin Mary from the Palaiologos Byzantine era (13th – 15the century AD), attributed to Luke the Evangelist, comes to Thessaloniki for worship.
The holy icon was made in Thessaloniki, during the Palaiologos dynasty era, when the city was a rich cultural center, similar to that of Constantinople. The reason Greek Orthodox Christians attribute it to Luke is because the Evangelist was known for painting portraits of the Virgin Mary.
The icon is called “The Hope of the Desperate” and is considered to have miraculous properties and the faithful believe so.
The holy icon belongs to the Diocesan Museum in Freising, Germany, and it comes to Greece on loan, on the occasion of its presentation in the Thessaloniki exhibition of holy icons from the Byzantine era. This is the first time since the 15th century that “The Hope of the Desperate” will be exhibited at the place it was originally created.
The exhibition inauguration is on October 1st at the Vlatades Monastery with Ecumenical Patriarch Bartholomew attending.
“The icon was made in Thessaloniki. It was created in one of the artistic workshops of the city in the 14th century but has an older layer dating from the 10th century,” told the Athens News Agency the Byzantinologist, Rector of the Patriarchal Patristic Studies Foundation, Flora Karagianni.”This is a priceless icon kept in Freising and it is the first time since the 15th century it is transferred out of Germany.”
A total 21 rare holy icons created in Thessaloniki during the Byzantine era will be exhibited. They belong to the Vlatades Monastery and the Metropolises of Thessaloniki, Neapolis and Stavroupolis, Veria, Naoussis, and the City of Thessaloniki. The six-month exhibition is entitled “Our Beauty”.
“For the first time they (the icons) will come out of temples and pilgrimages and will be gathered here. They are pilgrimage and emblematic icons from many temples that are adored by the faithful,” Karagianni said.