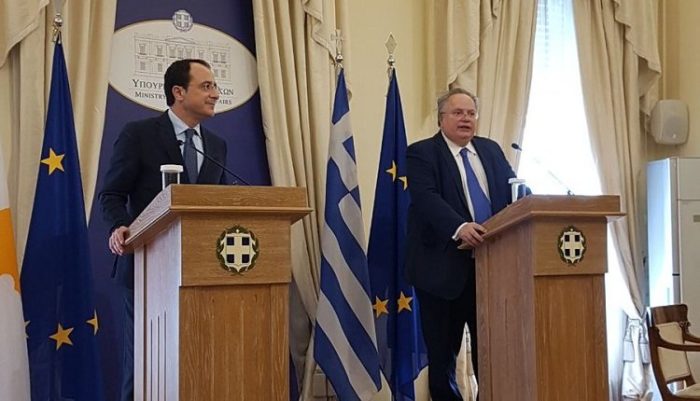 The Greek Foreign Minister, Nikos Kotzias, will travel to Cairo on Friday afternoon together with his Cypriot counterpart, Nikos Christodoulides. The two ministers will be attending consultations with the Egyptian Foreign Minister, Sameh Shoukry, in the framework of the established trilateral cooperation mechanism between the three countries on issues of trilateral and regional interest.
A press release issued by the Foreign Ministry of Cyprus said that “ministers Christodoulides and Kotzias will depart to Cairo from Larnaca on Friday afternoon and are expected to return to Cyprus late on Friday night, after they conclude their meetings at the Egyptian Foreign Ministry.”
With information from C.N.A.