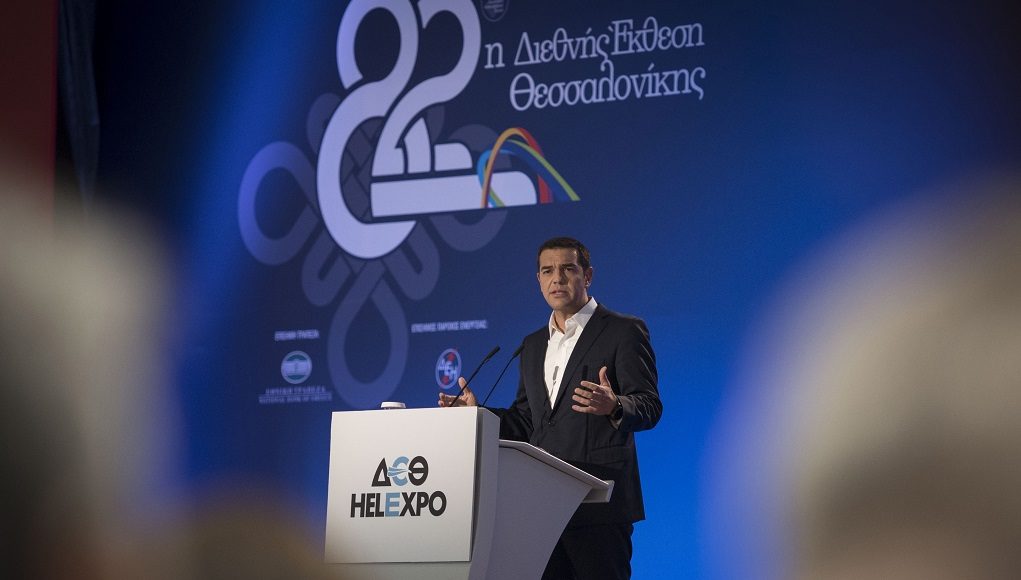 Opposition parties reacted strongly to the keynote speech Greek Prime Minister Alexis Tsipras gave on Saturday at the opening of the Thessaloniki International Fair.
All parties accused Tsipras of promising things that he can not deliver and commented on his harsh fiscal measures and declining popularity.
“Mr. Tsipras has already put his name in history for the huge, unnecessary damage he has done to the country,” the official New Democracy statement said. “No one listens to him, simply because nobody believes what he says.”
And the main opposition statement continued: “His indifferent speech in a city with 5,500 police officers for his protection was the swan song of a cynical prime minister who deceived, humiliated, impoverished and divided the Greeks.”
The Movement for Change commented on the PM’s speech with the following:
“Without confidence and provoking common sense, Mr. Tsipras gave his last performance as prime minister. The destructive (fiscal) targets and taxes remain. He closes his cycle with huge damage to the country and painful commitments for its future. The Greek people expect nothing from him and the opportunistic group he is ruling with. A solution for the country is elections now and a change of policy.”
The Centrists Union official statement was equally scathing:
“In the beginning of his speech, Mr. Tsipras stated that he does not want to share dividends but a vision. Then he contradicted himself and began to promise dividends that are related to the next administration, thus giving a ridiculous picture of himself because it appeared as if he were at the beginning of his four-year term. In fact, the dividends he wants to give derive from the harsh and barbaric (fiscal) measures that his own government has legislated. We are sorry, but we can not watch him anymore. We wish a nice trip to his vision.”