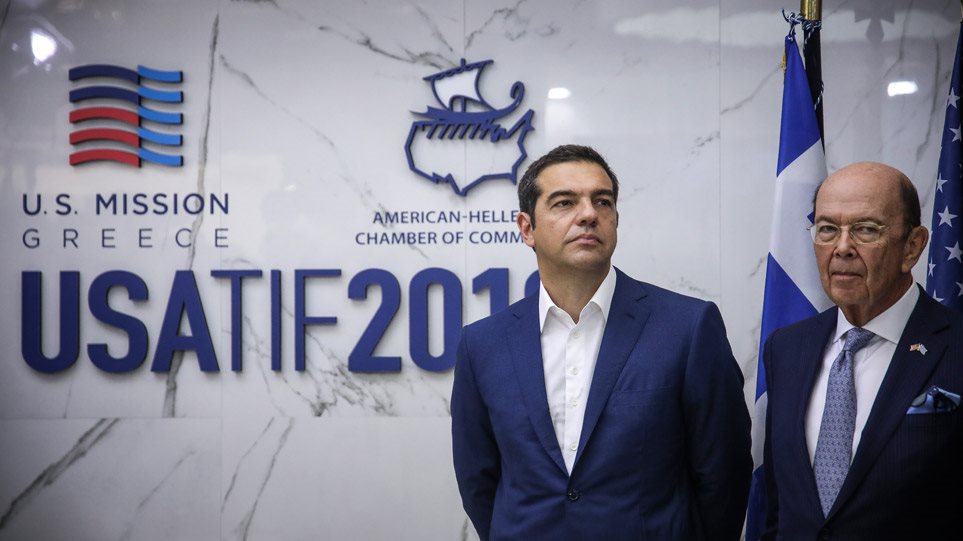 The United States can help Greece in restoring its economy, especially in the fields of innovation and startup businesses, Greek Prime Minister Alexis Tsipras said at the inauguration of the American pavilion at the Thessaloniki International Fair on Saturday.
Addressing an audience that included U.S. Secretary of Commerce Wilbur Ross, American Ambassador to Greece Geoffrey Pyatt, members of the American-Hellenic Chamber and representatives of leading American businesses participating at the TIF, where the U.S. is the guest of honor this year, Tsipras also stressed Greece’s role as a “pillar of stability and security” in the wider region.
The Greek PM noted that a stronger strategic partnership between Greece and the United States would form a foundation for new prospects for Greece and the wider region.
He described the 83rd TIF as historic because “this is the first time in years that the Greek government can announce its strategic plan for the economy without having to conform to creditors’ demands since the expiration of the bailout programs.”
Furthermore he said that his vision for Thessaloniki and Macedonia is to be the heart of industrial and economic reconstruction and Thessaloniki to become the heart of co-development for the whole Balkan region.
More than 50 U.S. companies participate in this year’s TIF as the United States is the honored country. Among the giants of Apple, Microsoft, IBM, P&G and others one of the most popular booths of the US Pavilion was Earth Friendly Products. 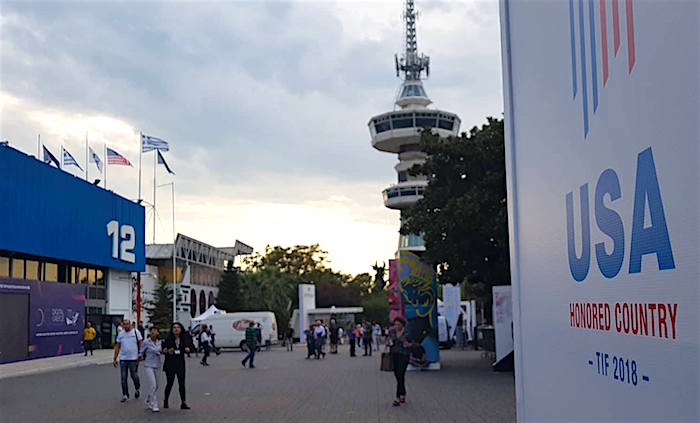 
Speaking to Greek Reporter, Vlahakis-Hanks noted: “It’s not just producing the products in Greece, it’s getting all the packaging in Greece, it’s getting the raw materials in Greece, it’s working with the carriers in Greece, and our hope is to create jobs and that’s what Greeks living abroad need to do for their homeland.”
“I would tell investors that Greece is a market they should be looking at right now; obviously it has had a big setback financially but at the same time… the country has so much to offer.”