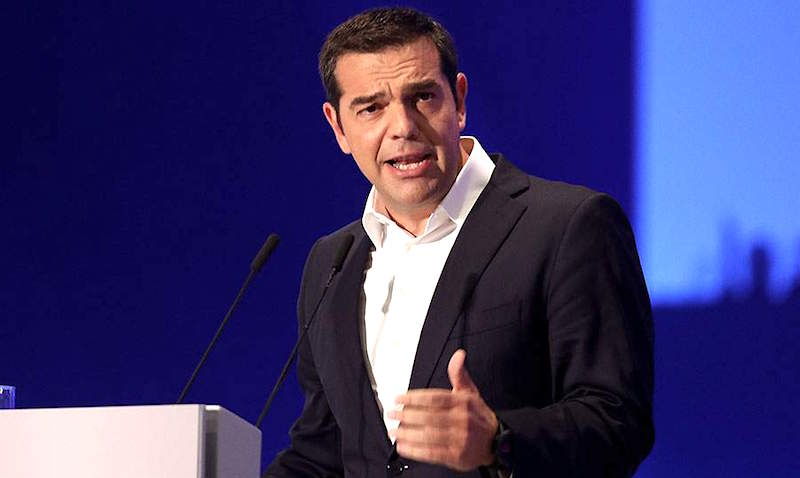 Prime Minister Alexis Tsipras on Saturday announced that his administration is planning to stop tax cuts, offer more social dividends and raise the minimum wage in post-bailout Greece.
The Greek prime minister spoke during the opening of the annual Thessaloniki International Fair, promising more spending to ease the pain of millions of Greeks who suffered during the harsh austerity years and plans to boost growth.
At the same time, the Greek prime minister kept an eye in Brussels, saying that his administration is committed to meet the fiscal targets and fulfill the obligations set by Greece’s international creditors, namely the EU and the International Monetary Fund.
More specifically, Tsipras promised a phased reduction of corporate tax to 25 percent from 29 percent from next year, as well as an average 30 percent reduction in the unpopular property tax (ENFIA) and a 50 percent reduction for low-income families. He also promised to reduce value-added tax by two percentage points.
The Greek premier also pledged to reinstate labor rights and increase the minimum wage. He also announced that the state would either reduce or subsidize social security contributions for certain sections of the workforce. At the same time, he promised that he will give army, police, and firemen € 1 billion to compensate for their slashed salaries.
Regarding the thorny issue of the pension cuts due on January 1st, 2019 as agreed with creditors, Tsipras said that his finance ministry will discuss it with the European Commission. He pledged that his government will maintain a primary budget surplus at the equivalent of 3.5 percent of GDP without the need for further pension cuts.