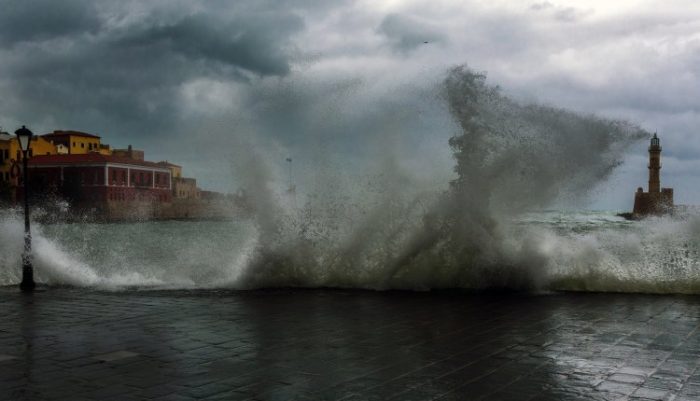 The summer of 2018 was notable for record rainfall and intense lightning activity, as well as stronger-than-usual winds, but without the scorching heatwaves of previous years, the National Observatory of Athens’ meteo service reported on Monday.
The highest temperature recorded throughout the summer in Greece was on July 23 in Kranidi, where it reached a high of 42.1 degrees, while it did not exceed 40 degrees in Attica during the three summer months.
The heaviest rain in a single day was in Naoussa on August 27, when it reached a daily total of 149 mm. 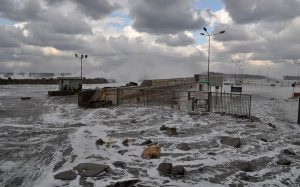 The notable features of the weather in June, July and August, according to meteo were the following:
– Less wind in July, which had only eight days of strong winds, the lowest amount in the last decade. August, by contrast, was marked by 24 days of the strong northerly winds known as ‘meltemia’.
– Warmer seas in the Aegean due to the lack of northerly winds in July, which reached 2.5 degrees celsius higher than the Ionian Sea, reversing the normal pattern.
– The strongest winds of the summer were on July 23, on the day of the deadly fires in Attica, with gusts reaching up to 123 km/hour on Mount Parnitha (the strongest gust recorded throughout Greece in 2018) and exceeding 100 km/hour at the Isthmus in Corinth, Kapareli in Viotia and Paximada, Karystos. At many weather stations in Attica, wind gusts on that day were the strongest of the last eight years.
– Only two periods of extreme heat occurred during the summer, on July 16-17 on eastern mainland Greece and on July 22-23, the day of the Attica fires. Temperatures did not exceed 40 degrees celsius in Attica during the summer for the first time since 2007, when the weather station network began operating. The highest temperatures recorded in Attica during the summer was 39 degrees celsius on July 23.
– Record levels of summer rain in many parts of the country, with a 249 mm monthly rainfall total recorded in June in Zagora in Pilio, 198 mm in Kassandria, Halkidiki and 122 mm in Penteli, Attica. During July, there were monthly rainfall totals of 229 mm in Vrilissia in Attica, 170 mm in Xanthi and 112 mm in Serres while in August the highest monthly totals were 176 mm in Naoussa, 100 mm on Skopelos, 98 mm in Lamia and 83 mm in Chania.
– Lightning activity in July 2018 was the highest recorded in the last 14 years, with 103,000 bolts of lightning recorded throughout the country.
Source: ANA-MPA