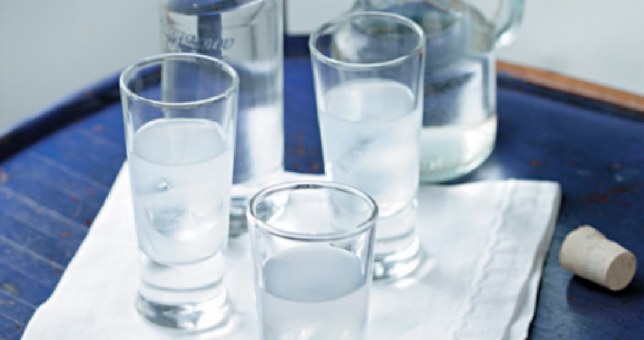 In recent years Greek ouzo became extremely popular in Iraq, with exports increasing steadily, especially by northern Greece company Distillery Winery of Thrace.
It seems that Greek ouzo is now replacing Iraq’s popular arak, a transparent drink very similar to Greece’s ouzo or raki. As an Athens – Macedonian News Agency report explains, the war in Iraq forced the majority of distilleries that produced the Iraqi arak to shut down, generating a need for imported equivalents of Greek raki and ouzo.
The Distillery Winery of Thrace SA based in Komotini seems to be closing the gap in productions that was caused by the war. To the point that the Greek company has an impressive 85 percent market share in the Middle Eastern country, as CEO Vaios Koudoumakis told AMNA.
“Among other factors, the success of the company in Iraq is mainly a matter of good timing. We approached the market at a time when the majority of the factories that produced arak, the “ouzo” that is customary to drink in Iraq, were destroyed because of the war,” Koudoumakis pointed out.
Today, more than 2,400 kilometers away, ouzo brands “7” and “8” of the Distillery Winery of Thrace are flooding the Iraqi market, with sales increasing steadily, the CEO said, adding that last year’s sales growth was 10 percent, compared to a 5 percent rise in 2016.
But Iraq is not the only country that the Thracian company exports to. Actually 87.6 percent of the company’s total production is exported to Germany, the Netherlands, Belgium, France, Russia, Estonia, Bulgaria, Macedonia, Cyprus, U.S.A., Australia, Israel and Iraq.
The aim of the company, according to Koudoumakis, is “to expand our clientele abroad, to enter the tourist market and to develop and produce new products according to the requirements of the new generation”.
According to the Distillery Winery of Thrace CEO, the company is trying to mix traditional drinks – ouzo, tsipouro, brandy – with natural Greek products such as honey or various liqueurs. At the same time, efforts continue to introduce Greek vodka and gin.